Digital document signatures have really expedited sales. No longer do we have to print out the document, sign it, and either scan or fax it back to the original sender. But while this capability may be a godsend, there’s one problem a new startup called GetAccept wants to highlight: It still is not enough for actually closing the deal. The company has an offering it says will give firms more control over their sales document workflow.

Sixty percent of proposals never get signed, according to cofounder Mathias Thulin. He attributes it to a lack of structured workflow for salespeople: “They don’t know where to follow up or are lazy.” GetAccept aims to automate the process to convert more missed opportunities into signed deals. It incorporates different behavioral decisions you’ve made to push the deal forward, such as sending your sale an email or SMS reminder, along with retargeting display campaigns.

A messaging service is also included, giving salespeople another way to communicate with their leads. The idea is to continue building trust from the point between when a quote is sent over to when the deal is actually signed.

This Y Combinator-backed company also has a feature to help salespeople craft proposals — you can create a video presentation to supplement your standard sales proposal. The idea is to make the process more fun and engaging so it stands out, perhaps making the whole experience a bit more human. There’s also a dealboard that displays the status of all your potential deals, giving you a complete picture of what additional work may be needed. 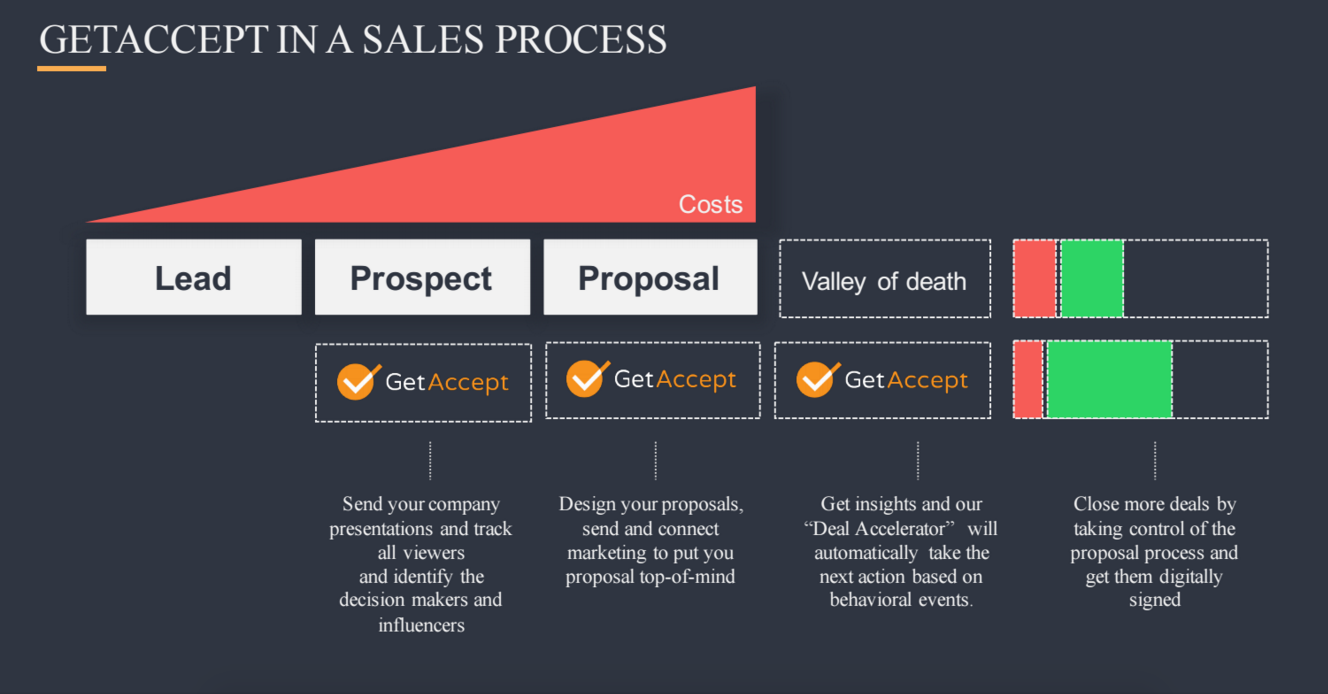 GetAccept also features a digital signature component that puts it into direct competition with services like DocuSign, HelloSign, Adobe’s eSign service, and others. It currently integrates with Salesforce, Close.io, HubSpot, Google Display Network, and Stripe.

The free version of the service, which limits you to a single user and two signed documents per month, gives you access to analytics and a personal video intro. There’s also a Pro plan, which has varying monthly costs depending on whether you pay each month or annually. If the former, it’ll cost you $45 per user, while the latter breaks down to $35 per user. With the Pro plan, you’ll have team management tools, unlimited signed documents, branding, access to insights, and a mobile app. The company plans to eventually roll out an enterprise plan. 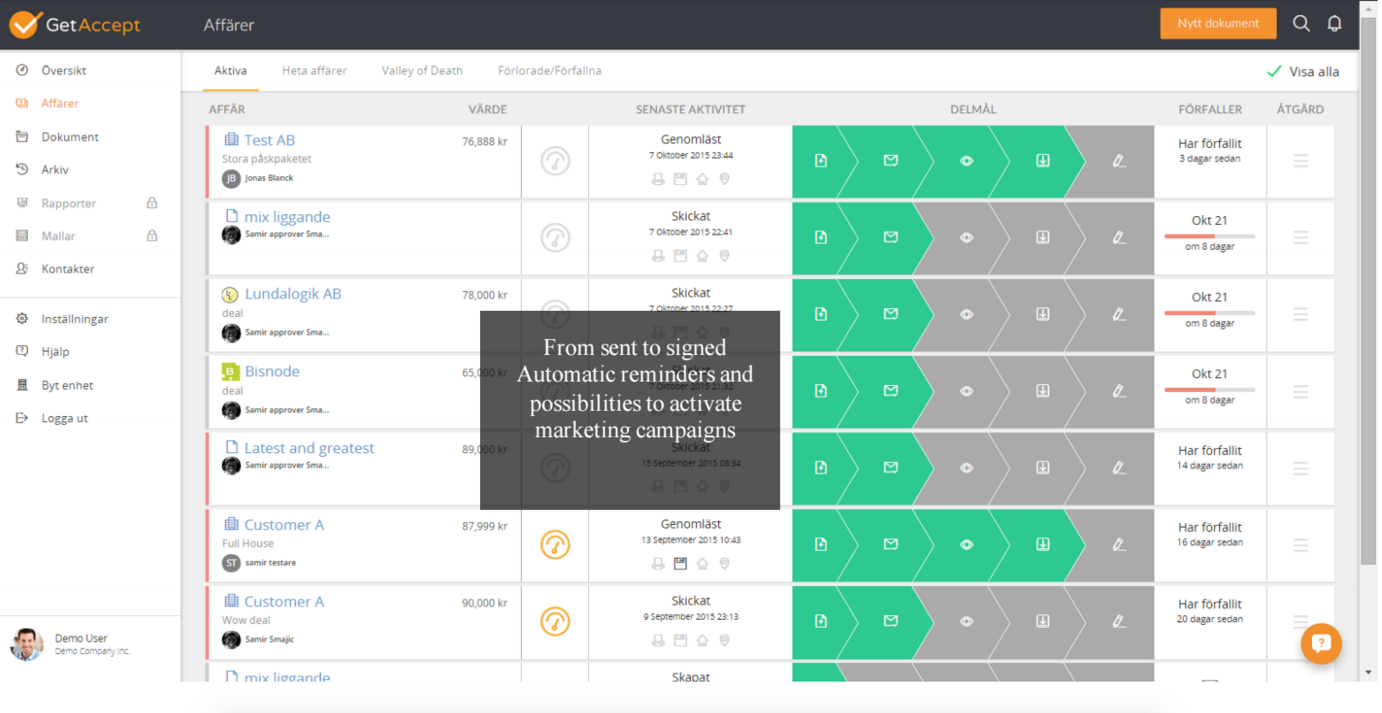 To date, GetAccept said that it has over 200 customers using the service, with 90 percent of them converting to annual subscription status. Its user base is growing 23 percent weekly, according to the company.

GetAccept is largely bootstrapped, but has received funding through Y Combinator.