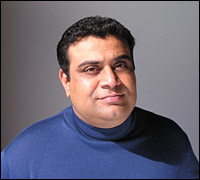 There’s already a huge community of people interested in open source (software whose source code is freely available, allowing for easy adoption and modification) and plenty of sites devoted to the topic, including code repository SourceForge and user-generated news site Slashdot. What’s missing, however, is a traditional news blog, a VentureBeat or a GigaOM for open source.

This kind of software has growing for a while, and is now available for virtually an application you can think of. Malik says he knew it was time for a specialized blog after he saw that big players were entering the field. Earlier this year, for example, Sun acquired mySQL (our coverage), and even Microsoft — widely perceived as the epitome of “closed” software development — has made some nods towards greater openness (we were skeptical). You’ll recall that Malik’s reporting/blogging approach was a big inspiration for my boss, VentureBeat editor Matt Marshall, and Malik says he’s just following an old reporter’s maxim: Follow the money. 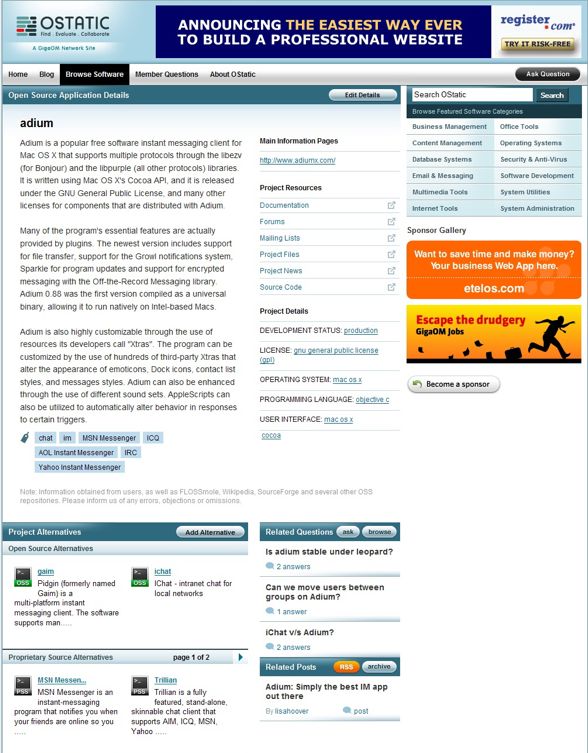 For now, OStatic posts will be written by contributors to other GigaOM sites — including Malik himself — and some new freelancers. If all goes well, Malik says he’ll hire full-time OStatic writers in the next month or so. And, as is only fitting given the topic, OStatic is offering more opportunities for reader involvement than other GigaOM sites. Malik says his staff has already created the bare bones of a wiki-style database of open source applications (see screenshot above), and they’re hoping users will start contributing immediately. Readers will also be able to ask questions about different open-source applications, and about which might be best for a specific task.

OStatic is pretty close to a sure thing, with the combination of GigaOM’s reputation and the built-in open source audience. The site’s real competition will probably be news sources like, well, VentureBeat, which cover open source developments without focusing on them exclusively. Our team, at least, fully intends to give OStatic a run for its money.

Even before the new launch, Malik has really led the way in creating a tech news network — rather than centralized news sources like this one or TechCrunch — with specialized blogs Earth2Tech, FoundReach, NewTeeVee and WebWorkerDaily. Diversifying makes sense, he says, because it allows each blog to develop its own “ecosystem”, and prevents any single site from being cluttered by an avalanche of posts. (We here at VentureBeat prefer to think of it as an abundance of riches, but Malik’s got a point.)

“This is micro-publishing, so a one-size-fit-all blog won’t do it,” he says. “This is a problem traditional media are having.”