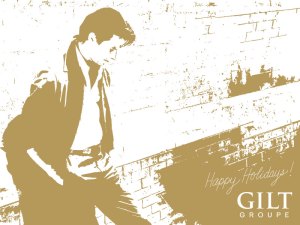 After denying early reports that big layoffs were coming to Gilt Groupe, CEO Kevin Ryan confirmed today that the Gilt Groupe had let go between 80-90 staffers, about 10 percent of its overall workforce. Gilt announced the depature of two executives, John Auerbach of Park and Bond and Nate Richardson, president of Gilt City. And it said it will close down six offices regional offices in Seattle, Dallas and Atlanta San Diego, Houston and Philadelphia.

My former site Betabeat was the first publication to report on the layoffs. Ryan responded via All Things D, where he called the reports overblown and dsiputed certain specifics which turned out to be accurate, like the fact that John Auerbach was on his way out. In total, Ryan said Gilt expected to cut about 50 staffers.  That turned out be downplaying the cutbacks.

New York magazine reported that the lean times at Gilt extended beyond staffing changes. “A refrigerator in one office is said to bear a sign that reads, ‘Gilt has made a New Year’s Resolution to cut the following items from our purchasing diet across all locations: all fruits, all yogurt, all cheeses, Thomas’ English muffins, granola and health bars, Rice Krispie treats, Poptarts, and Pellegrino.'”

Gilt Groupe raised $138 million in May of 2010, and Ryan has been adamant that these cuts will get the company to cash flow positive and eventually profit in time for an IPO in late 2012 or 2013. He has said that Gilt Groupe could now run with a leaner staff, having set up a number of new businesses in the last year outside its founding flash sales market.

There have been a lot of cuts around the daily deal industry lately. BuyWithMe, which was eventually acquired by Gilt, axed hundreds of staffers. Rue La La laid off around 65 workers in its Boston and Lot18, trimmed its staff after poaching an executive from Gilt. All and all a game of musical chairs as the fast growing sector falls back to earth a bit in the wake of Groupon’s underwhelming IPO.