Giroptic has unveiled a portable attachment that turns the iPhone or iPad into a 360-degree virtual reality camera.

Giroptic, which is based in San Francisco and Lille, France, said the Giroptic iO enables people to capture, share, and livestream experiences in fully immersive 360-degree imagery, seamlessly. The company’s product fits with the larger plans of social networks like Facebook, which is rolling out live 360-degree streaming next year.

The device leverages the company’s patented, real-time stitching technology. And it uses direct smartphone connectivity to provide a capture-to-playback experience with minimal delays. When connected through the lightning port, the companion app lets users capture and post videos to compatible social platforms, such as Facebook and YouTube. Or you can broadcast live through YouTube’s livestreaming platform. 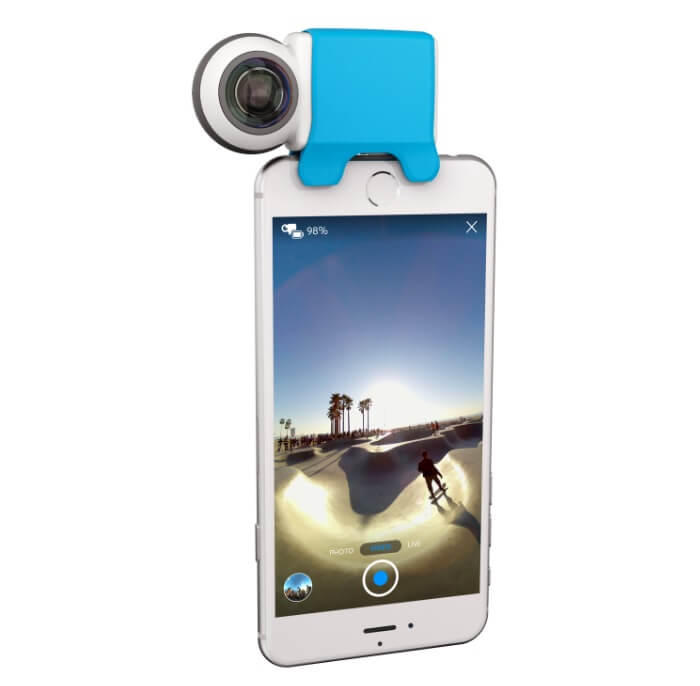 “Our exclusive focus on 360-degree imaging has taught us a lot over the last eight years,” said Pascal Brochier, president and chief operating officer of Giroptic, in a statement. “We are excited to leverage that experience to bring to market a very user-friendly solution to power user-generated content around the globe.”

The Giroptic iO will begin shipping on January 17, 2017. It is now available for preorder via the Giroptic website for $250.

Founded in 2008, Giroptic has 50 employees. It raised $1.4 million in 2014 in a Kickstarter campaign, and it raised another $4.3 million in 2015. The company has focused solely on the 360-degree space – even before the arrival of Google Street View. Over the years, Giroptic has applied its imaging experience and R&D to reinvent the imaging pipe, develop patented real-time stitching technology, and build a software interface for shooting and sharing 360 immersive content. Investors include Partech Ventures, 360 Capital Partners, SOS Ventures, C4 Ventures, the Finorpa Group, recording artist Aloe Blacc, and more.