In December 2017, Niyogi joined Google, where he led the team responsible for GCP’s developer and operator tools, according to his LinkedIn profile. However, Niyogi is better known for his nearly two decades at Microsoft, where he most recently served as engineering general manager and director for Visual Studio, Microsoft’s integrated development environment (IDE) for app makers. And the parallels between Visual Studio and GitHub are more obvious, including the fact that they are both aimed at the development community. 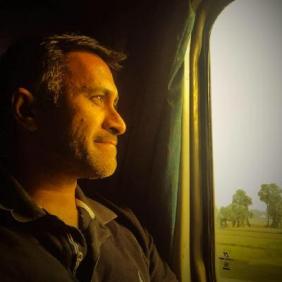 Microsoft has increasingly embraced open source technologies, and its various projects attract more contributors than any other on GitHub. Indeed, two of the top five open source projects on GitHub — in terms of number of contributors — belong to Microsoft, with the top spot going to Visual Studio Code.

Buying GitHub, it’s fair to say, was Microsoft’s way of getting closer to developers, and with Niyogi on board, the GitHub product team has someone with extensive experience with the developer community.

“At GitHub, we want to be ‘the home for all developers’,” Niyogi said. “Over the years, I’ve had a chance to work on a number of developer products — including Visual Studio Code, TypeScript, .NET, Kubernetes, Go, and Chef. None of these would have had the impact they did without passionate developer teams, strong open source communities, and the homes they had on GitHub.”

GitHub is important to Microsoft’s enterprise growth, and GitHub’s various business-focused offerings were recently consolidated under a single GitHub Enterprise tier. At the same time, GitHub opened up private repositories to non-paying users for the first time. With these moves, Microsoft clearly wants GitHub to appeal to everyone: large enterprises and small development teams.

“Businesses of every size are becoming software organizations and finding that they have to innovate faster than ever,” Niyogi said. “Doing so doesn’t just require the right tools — companies today also need the right talent. With GitHub, every enterprise has the potential to connect with a community of more than 31 million developers, their code, and their software practices, securely and effectively.”