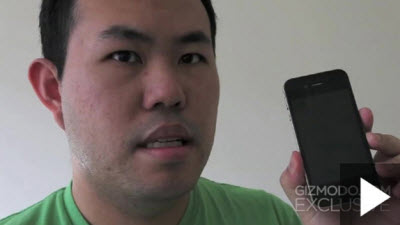 Gizmodo staffers are breathing a sign of relief tonight. The San Mateo district attorney’s office decided not to file charges against the tech news blog and its writer Jason Chen for buying an iPhone prototype last year.

The case was a closely watched matter in Silicon Valley, and it raised questions about how far the tech media could go in investigating the plans of high-tech companies such as Apple.

A man found the iPhone prototype in a bar last year after a hapless Apple engineer left it there by mistake. Chen and Gizmodo paid $5,000 for the lost iPhone, but the investigators decided that Gizmodo was “not motivated by financial greed,” said Morley Pitt, San Mateo County’s assistant district attorney. Journalism was the reason for obtaining the phone, Pitt said.

But Pitt’s office will file misdemeanor “possession of stolen property” and “misappropriation of lost property” charges against two people who took the iPhone prototype without permission. The case could have been a tough one to prove because journalists can be protected by state and federal shield laws. Pitt said his office wasn’t prepared to challenge the First Amendment defense.

Steve Wagstaffe, the district attorney, told CNET today today that his office filed theft charges against Brian Hogan, who allegedly found the prototype in a bar after it was left there. And the second man charged is Sage Robert Wallower, who allegedly contacted technology sites last year while shopping around the iPhone 4 prototype.

Law enforcement investigators raided Chen’s home last year after he posted pictures of the lost iPhone on Gizmodo.com. Police seized computers, hard drives and documents. Gawker Media, owner of Gizmodo, issued this statement today: “We are pleased that the District Attorney of San Mateo County, Steven Wagstaffe, has decided, upon review of all of the evidence, that no crime was committed by the Gizmodo team in relation to its reporting on the iPhone 4 prototype last year. While we have always believed that we were acting fully within the law, it has inevitably been stressful for the editor concerned, Jason Chen, and we are glad that we can finally put this matter behind us.”