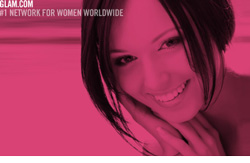 When former NetObjects CEO Samir Arora founded Glam Media in Brisbane in 2003, his strategy was one it would be hard to float past funders today: Let’s use great writing, great photos and magazine-inspired layout to bring big-brand advertisers onto the Web.

Doesn’t the guy know it’s all about dumbed-down “content” written by the lowest bidder, auto-promoted by a search engine optimization specialist, and flipped on an ad network as an arbitrage property?

I mean, come on, no one online actually wants good articles, right?

In 2006, VentureBeat editor Matt Marshall wrote that Glam’s reported $150 million valuation was an exercise in reality distortion. “It will be very difficult to turn a media company into something worth that much in the real marketplace,” Matt said.

Arora kept right on going, though. He built Glam’s 1,000-site network into one of the very fastest-growing brands on the Internet. In February of this year, he closed another $50 million in funding at a $750 million valuation, and is now preparing for an IPO.

Glam has successfully and wonderfully bucked the trend toward auto-generated anti-content, growing 35 to 50 percent year to year. Glam kept expanding while other good-content networks, such as Gawker Media, lost ad sales and laid off writers. 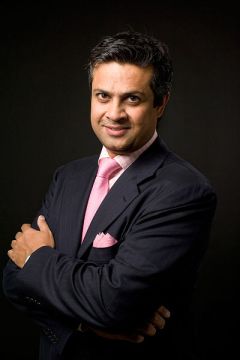 Arora, in a phone interview, said his formula is simple: “Glam respects content, but brings the scale that advertisers need.” He means big-spending consumer brand groups like Proctor & Gamble, who largely keep right on spending during a recession.

Now, Arora’s Glam Media France is expanding onto the home turf of L’Oreal and Louis Vuitton. These companies are based in France, but spend big in Japan and elsewhere.

Here’s a quick tour of the sort of content that’s made Glam a top 10 Web property, according to comScore’s February numbers:

Arora says brand advertisers prefer display ads to targeted search ads. And Glam avoids “remnant” ads, the punch-the-monkey cheapo banners used to flood unsold space on websites. “You’re not going to see a brand like an Apple or a L’Oreal start doing at-home targeted emails,” he told me. “It doesn’t convey the classiness of the brand. That’s why Google expects display advertising to get very big. And we feel the downturn part of the recession is coming to an end.”

The company was recently deemed the most innovative media company of the year by Fast Company magazine. If Glam keeps going, it will be a welcome alternative to the big, but kind of boring AOL / Yahoo / MSN triumvirate of big content.

Arora is pretty blunt: “We should be bigger than AOL very shortly.” Samir, are you hiring?