The eyewear giant Luxottica said this week it’s working on a new embodiment of Google’s Glass wearable computer, and the result of that development will likely redeem the technology, which has been written off as a failure by the tech media.

If you want to call Glass a failed product, fine, but it was arguably a successful beta. In fact, a wearables industry source called Project Glass the world’s first and largest public beta of a tech product.

Glass was never meant to be a freestanding product, but rather one that’s built into other glasswear. Google is a company of nerds, not designers. The company obviously knew — or realized — that it needed a partner from the fashion world to make Glass appealing to people in the real world. 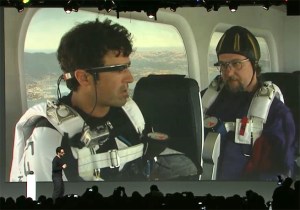 Above: Glass-wearing skydivers dove out of planes to announce the new wearable at Google I/O 2012.

Google’s only real sin with Glass was not being more clear about that from the get-go. Maybe the product’s father, Sergey Brin, had some fantasy that Glass’s clunky V.1 would be embraced by consumers as is.

Maybe that’s why Google sunk money into branding around Glass — far more money than was needed to simply get developers turned on to the technology. Maybe that’s the reason for the whole Glass-wearing skydivers extravaganza at Google I/O in 2012.

Whatever all that meant, Brin and Google have clearer heads now. In January Google announced that it would stop producing the Google Glass prototype, and that Project Glass was ready to “graduate” from Google Labs, the experimental phase of the project.

Luxottica CEO Massimo Vian told the Wall Street Journal last week that his company’s partnership with Google is going ahead, and confirmed that Luxottica’s Glass product would be coming out soon.

“In Google, there are some second thoughts on how to interpret version 3 [of the eyewear],” Vian said during a shareholders meeting in Milan. “What you saw was version 1. We’re now working on version 2, which is in preparation.”

Analysts expect that the next version of Glass will cost less (Explorer edition was $1,500) and have longer battery life, improved sound quality, and a better display. But most importantly, it will look like something people might actually want to wear. 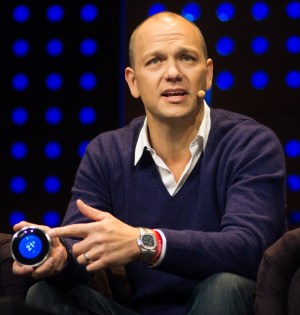 Luxottica controls more than 80 percent of the world’s major eyewear brands, including Ray-Ban and Oakley. The conglomerate has money, reach, and apparently a keen understanding of the eyewear styles people want.

But the real sign Google has clear vision on Glass may have come last year when it acquired the home control startup Nest for $3.2 billion. The price tag seemed very high at the time, but Google got far more in the deal than just a smart thermostat.

It got Nest CEO and founder Tony Fadell, the former Apple designer who is widely identified as one of the fathers of the iPod. And Google has made clear that it intended for Fadell to work on other projects within Google, not just the Nest stuff. The Nest deal may have been far more of an acquihire than any of us realized at the time.

It’s very likely that Fadell is now working with the Glass team at Google, and with a group of designers at Luxottica. If that’s true, the tech, design, and fashion stars may be aligning.

The next version of Glass may be a real eye-opener. And it may re-legitimize the face as one of the next big frontiers in wearable personal computing.