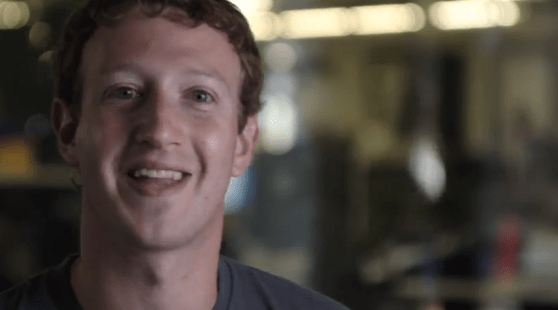 That’s the takeaway from the latest annual Top-50 CEO survey from careers site Glassdoor, which says that 99 percent of Facebookers, um, like their hoodie-wearing leader. Sinking to number 18 is former top-voted CEO Tim Cook, whose approval rating dropped to 93 percent this year. (Which is still pretty great, keep in mind.)

Unlike your average top-CEO list, Glassdoor’s rankings come from employees themselves, who vote on whether their boss is leading them in the right direction. That’s either the most impartial system of all time or the most biased one — I don’t know. But I do know it makes for some interesting observations.

Here’s one: There’s only one female CEO on this list — Sharen Turnet, the CEO of Victoria’s Secret. Marissa Mayer, who’s doing an admirable — albeit oft-controversial– job of rescuing Yahoo, wasn’t eligible for the list, since she’s a first-year CEO. If she had been, Glassdoor explained, she would have ranked 32nd on the list, with 87 percent approval. Hewlett-Packard CEO Meg Whitman, who made the list last year, was bumped off this time around.

Other tech CEOs of note on the list are Google’s Larry Page, who kept the number 11 spot, Amazon’s Jeff Bezos, whose approval rating climbed 13 percent from last year to put him in 16th, and Intel CEO Paul Ontellini, who landed in 21st place even though he’s stepping down this year. Microsoft CEO Steve Ballmer didn’t make the Top 50.

Oh, it’s also worth noting that SAP’s co-chief executives Bill McDermott and Jim Hagemann Snabe also received 99 percent approval rankings, which, I’d imagine, would make them tied for first place with Zuckerberg. But who cares about those guys!