Glint, a cloud-based platform that gives companies insight into employee satisfaction and sentiment, has raised a fresh $10 million round of funding led by Bessemer Venture Partners. This closes the company’s series C round at $37 million, having announced a $27 million cash injection just six weeks ago.

Founded in 2013 and launched two years later, Redwood City, California-based Glint uses artificial intelligence (AI) and analytics to determine whether employees are happy, and whether their goals align with that of the company. But the power of Glint’s platform lies in the fact that it promises current, up-to-date data.

Many companies use questionnaires and feedback forms already, but if the data is weeks or months old, then its value is diminished. With Glint, employees can be asked standard “proven” questions anonymously in real time, while companies can also tailor the questions. 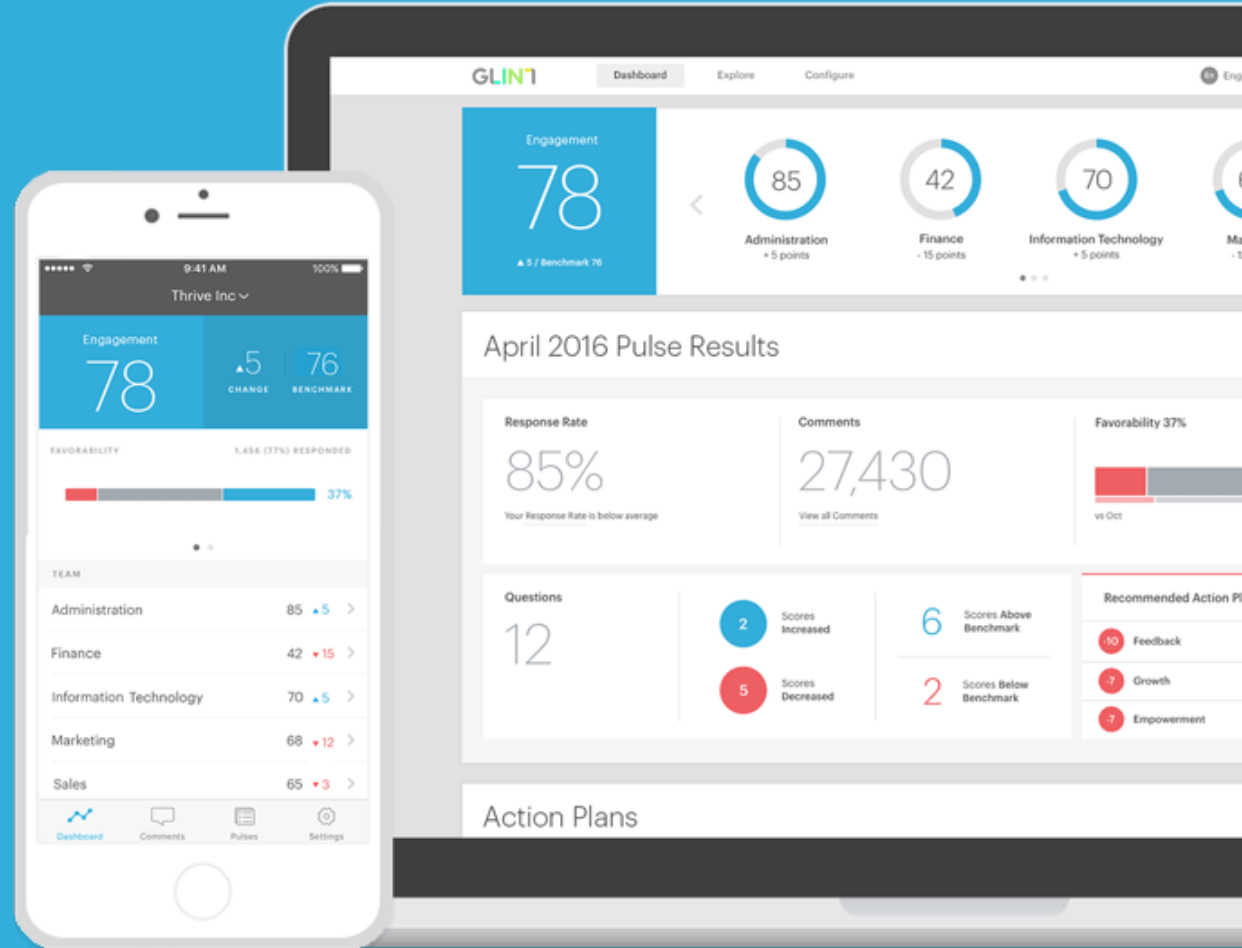 Glint has raised a total of $60 million since its inception, and its latest dollar infusion will be used to help it expedite its growth, with plans to have one million employees using its platform by next year.

“Because Glint has the ability to surface what workers need and enable managers on a personal level, they no longer feel like a cog in the wheel,” said Bessemer Venture Partners partner Byron Deeter. “Through Glint’s AI-driven technology, Glint customer organizations have a unique view into the complex needs of their workforce. This visibility allows them to solve problems and create real impact on employee engagement and retention, improving business results. This is particularly potent in large, sophisticated operations like United Airlines, Sky Media, and Intuit, many of whom have recently joined Glint’s growing roster of customers.”

While not the sexiest subject on paper, human resources (HR) has emerged as a key industry for investment in recent times. Zenefits has raised more than $500 million, the bulk of which came in a single round last year, for its benefits, payroll, and HR platform, valuing the company at more than $4 billion. Elsewhere, Namely recently closed a $30 million round to target mid-market companies, while Hireology nabbed $12 million.

Other, smaller startups have emerged in the HR realm too, including a poll-making bot called Polly that recently raised a $1.2 million round and CharlieHR, which raised a $1.4 million round to target small businesses with its HR platform.