Last year, China’s Tencent invested $126 million for a 15 percent stake in Glu Mobile. The companies began collaborating, and one of the fruits of that labor is debuting today as the Rival Fire mobile shooter game.

The title is one more attempt to take a game global in the $36 billion mobile game industry. Last November, the companies announced that they would take Tencent’s WeFire, which had generated an estimated 20 million downloads in Asia, to the West. And now the companies are taking the third-person shooter to the U.S. under a new name, Rival Fire. The game is a new addition to Glu’s staple of mobile shooter games, which include Deer Hunter 2014, Contract Killer, and Frontline Commando.

The new game features high-end graphics, four game modes, a wide array of weaponry, detailed soldier models, synchronous cooperative play against the environment, and player-versus-player combat. Glu spent about seven months revising the art and customizing it for Western games. The title has cover-style tactics, social features, guild-versus-guild leaderboards, global and private chat, weekly prizes for top finishers, and a feature where players can fight against each other in simultaneous combat.

You can battle your friends or take up arms with them in a survival mode where you fight waves of enemies. You can create custom loadouts with grenades, missile launchers, drones, medkits, and more. You can build your own squad with different skills and gear.

The game’s story is about a criminal group known as Project Cobra, which has been working from the shadows to spread war and conflict across the world. It’s spent decades conducting horrifying experiments to create an army of biologically enhanced soldiers and gargantuan monsters. It’s up to you as the leader of the international elite fighting force FALCON to put a stop to their evil plans. 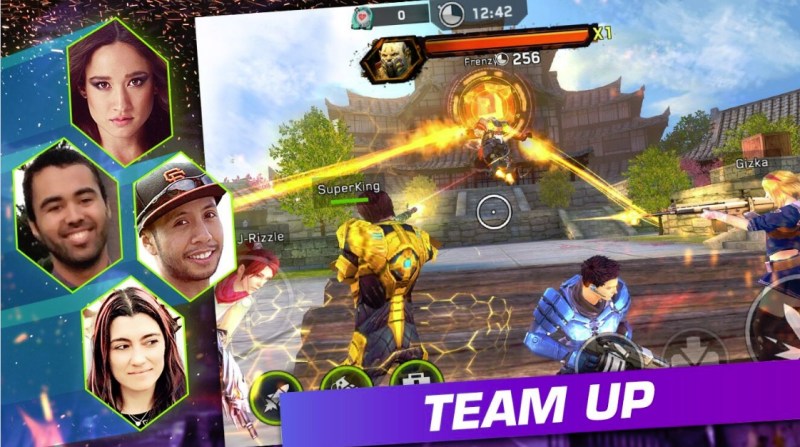 Above: Rival Fire is a social shooter from Glu and Tencent.