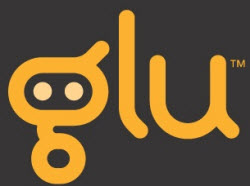 As it adapts to the new age of games on smartphones, Glu Mobile has named a new chief executive.

Niccolo de Masi is the new president and chief executive at the mobile game publisher, replacing Greg Ballard, who announced a while ago he was leaving to pursue other interests.

Glu Mobile was a hot company in the early days of mobile games. It was founded as Sorrent in 2001 by Electronic Arts veteran Scott Orr. It became Glu after it merged with London-based Macrospace in 2005. It hired Greg Ballard as CEO the same year, but the company was always chasing Jamdat, which was acquired by Electronic Arts for $680 million in 2005.

San Mateo, Calif.-based Glu acquired other companies such as iFone, MIG Information Technology, and Superscape. It built up to hundreds of employees. But it struggled as mobile gamers shifted from feature phones to smartphones such as the iPhone. The company has made a lot of hit iPhone games such as Glyder and Glyder 2. But there’s a ton of competition from a variety of new players such as Ngmoco.

De Masi has served as president of Hands-On Mobile and Monstermob Group. He said that the company plans to grow its business in traditional cell phones as well as new platforms such as the iPhone and social networks.