Glu Mobile moved into a brand new headquarters in San Francisco recently, with much of its staff together under one roof in a move that is meant to reflect its unified creative culture. The publisher of mobile games such as Design Home and Covet Fashion is now focused on rapid prototyping and simpler operations.

Earlier this month, Glu reported its revenue in the fourth quarter of 2017 was $80.2 million, up 73 percent from a year earlier, and its net loss was $39.5 million, compared to a loss of $17.2 million a year earlier. If you take out the one-time charges, the company was profitable before taxes on a quarterly basis. Glu’s turnaround isn’t quite complete, but it’s a far more efficient company today than it was a couple of years ago, said Nick Earl, CEO of Glu, in an interview with GamesBeat. (Earl will do a fireside chat at GamesBeat Summit 2018 on April 9-10 in Berkeley.)

Glu has changed since Earl became CEO 15 months ago, replacing longtime boss Niccolo De Masi. The company had 548 employees in the fourth quarter, down from a peak of about 850 a couple of years ago.

“We’ve closed quite a few studios. We sold a couple of things. We’ve tightened up our central group that Tim Wilson used to run,” Earl said. “We put that all under Chris. We’ve combined it and made it a much more efficient, productive group.”

Glu has also remade its portfolio of mobile games. It has focused on the business of Design Home and Covet Fashion, two games aimed at women that were created by Crowdstar, which Glu acquired in 2016. The company is far less focused on the social celebrity games based on superstars such as Katy Perry and Taylor Swift. Kim Kardashian: Hollywood is still generating revenue, but the revenue guarantees promised to celebrities on other less-successful games were hurting Glu’s profits enormously, Early said.

I interviewed Earl and chief revenue officer Chris Akhavan at the company’s new digs. Here’s an edited transcript of our interview. 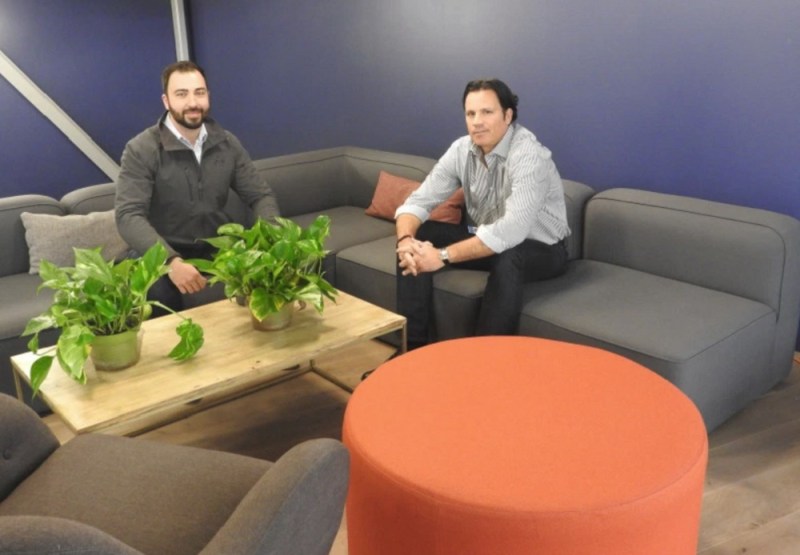 Nick Earl: When all the teams are co-located, you get so many benefits from sharing resources and ideas. They energize each other, spur each other on, help each other out. We’ll get that by having three of the five studios here. We’ll still have the sports guys down in San Mateo and the Kim Kardashian: Hollywood group in Toronto.

Chris Akhavan: At the peak I think we had 12 or 13 offices around the world. It’s really gotten focused. We’re just under 600 now.

GamesBeat: Where is that relative to historical peaks?

Earl: The peak was around 850. Close to 900. That was two years ago, when I joined. We’ve closed quite a few studios. We sold a couple of things. We’ve tightened up our central group that Tim Wilson used to run. We put that all under Chris. We’ve combined it and made it a much more efficient, productive group. That’s brought us down to the high 500s.

We’ll probably see a bit of growth, but I’m a big believer in simplifying the business, not having too much complexity. When you create logistical and structural complexity you just make it harder on yourself. I like the notion of being smaller, more streamlined. We’ve gotten down to the games and the live services that we want to keep going, and we’re building things we believe can be growth games, really be additive to where the business is.

We’re getting rid of all the rest. That’s one reason why we did this big impairment with all the celebrities. We want to move beyond that. It’s been kind of our label, but more important, it’s just not been a great bet, other than Kim Kardashian. She’s exceptional in many ways. The rest did not work out, Katy and Britney and Nicki. 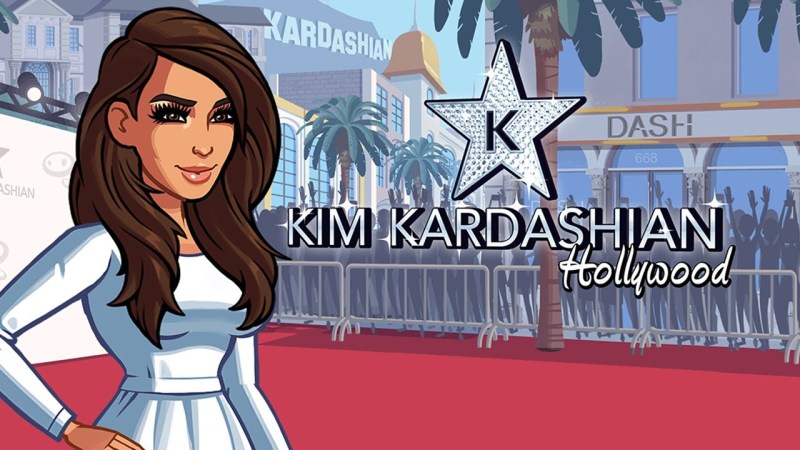 Above: Kim Kardashian: Hollywood gives you the chance to play the game of fame.

GamesBeat: The thinking seemed pretty interesting. Their social followings should have lightened that cost of advertisement.

Earl: Very understandable, how Niccolo led that. Anyone would have done that. But as it turns out — and this is why this business is challenging — you can have all the elements logically put together, but the results don’t pan out. Where the mistake was, probably, after trying a couple he kept going at it. We probably should have done one or two experiments, and after they failed—Nicki and Britney and the rest just don’t translate. Kim happens to.

Akhavan: Those were also cases where the company decided, “Let’s go do a Katy Perry game and figure out what the game is.” Now that’s changed dramatically. We start with a strong creative leader who builds a great prototype. If we want a license for it, the prototype informs the license we want, versus going off and getting a license and figuring out what to do with.

Earl: And letting the creative leader define what they want to do. The product direction does not come from this office. It used to, but it doesn’t anymore. I’m about bringing in great people, like Mike Olsen. “Mike, what do you want to do?” As long as it’s entertainment-oriented and it’s on the phone, they can do what they want. Chris and Eric’s job, and my job, is to create a little bit of uniformity or purposeful direction out of all the componentry and support them. Their job is to create greatness.

I always say, we’re in the back office and they’re on the field. We work for them and not vice versa. Technically they report to me, but in practice this is just the way I ran things at Redwood Shores. I work for them. They’re the stars. When I had Neil working for me doing Lord of the Rings, all I ever did was figure out a way to get Neil what he needed, help him strategize and build that business. That was a fantastic business. We had it going for three or four years. It’s very much the same approach here, which it hadn’t been before.

GamesBeat: I guess the tough thing is that the business changes so much. Different companies are executing many different strategies. If you try to copy Supercell, that’s pretty hard to do.

Earl: There are great things about Supercell that we do copy. I love their egoless culture, the fact that people don’t take things personally, that people are very transparent and honest. Like Ilkka says, “I’m the weakest CEO, the least powerful CEO you could ever imagine.” I love that about them. I’ve studied that. A lot of those elements we try to borrow here. Get the ego out and let’s just do what’s right for the business. Let’s support the creative process. But you’re right. No one can be Supercell except Supercell.

GamesBeat: They have such small teams, five to 15 people.

Earl: Mike’s team, the guys doing Disney, that team will only be 20. They’ll have some art resources that we use in Hyderabad, but they’re only 20 people. Very much the same idea. We have some big teams, but they’re the content furnaces. The system-oriented games, like what Mike’s building, we can go to smaller team sizes, more muscular, leveraging more central stuff that we’ve built.

GamesBeat: Supposing I’m running a game company, I’d be very fearful of doing the Supercell thing where you kill three games out of four.

Earl: It’s scary when you’re public. The markets expect this pipeline. That’s a big change for us. One of the things that allows us to kill stuff along the way is we no longer depend on launches in order to keep the lights on. We have now hit this level of profitability without launching anything new. We’re not forced into making bad decisions. Public companies generally get forced into that. At EA we were forced to launch games ahead of their time. In the later years we stopped doing that because you realize you’re just shooting yourself in the foot. They made some smart delays.

But now we’re in a place where—we’ll launch baseball at the end of this quarter. That’s a no-brainer. This is the fifth year. We know that’ll be good. We should be good for WWE because it’s the same team working on the same engine. That said, if it’s not ready to go we don’t have to launch it in June. We could wait until September or even the following January and still be profitable. We’ve reached this equilibrium that we’ve not had before. That’s been life-giving for us.

Akhavan: We killed multiple products in beta last year, which is the first time Glu’s done that in many years.

GamesBeat: Were there some things you picked up from Kabam?

Earl: Tons. So many.