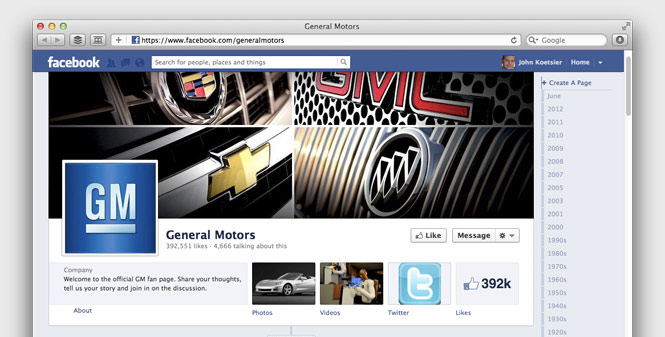 GM and Facebook are on speaking terms again. And while the details are still unclear, the two corporate giants are talking about a renewed relationship, according to the Wall Street Journal.

GM famously pulled its ads from the social media giant in May of this year, just in the crucial run-up stages to Facebook’s IPO. The financial impact was minimal — not enough to disrupt the public offering financials — but the move had a real impact on Facebook’s reputation. The automotive giant’s key contention: Facebook ads don’t work.

Now the two sides are working towards an advertising deal that does work.

Facebook has seen some good news on the advertising front lately. In June, ComScore and Facebook released a major study saying Facebook ads do actually work … and showing how. And new ad units on mobile — Facebook’s seeming Achilles heel for the past six months — are actually converting very well, according to recent reports.

There’s no timeline and no commitment, but at least the two are communicating.

If Facebook can convince GM that its ad units actually do work, the $10 million or so in GM advertising will be the least of its gains. The big win: A re-converted Fortune 500 client would be a strong signal to the rest of the world that Facebook is a viable and worthwhile ad vehicle.