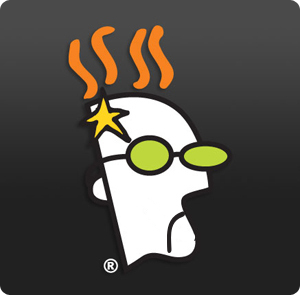 The statement (pasted below) comes after the intense backlash Go Daddy received yesterday from customers and Internet critics after it appeared on an official list of companies supporting SOPA. Not only did Go Daddy issue a statement on its new stance, but it’s also compulsively responding to any comments on Twitter referencing a Go Daddy boycott (screenshot here). It’s the same message, tweeted over a hundred times at this point.

For anyone who’s still in the dark about the proposed legislation,  SOPA gives both the U.S. government and copyright holders the authority to seek court orders against websites associated with infringing, pirating and/or counterfeiting intellectual property. The implication of having the act pass is that it could drastically change the way the Internet operates. For example, if a website is accused of containing copyright-infringing content (such as a song, picture or video clip), the site could be blocked by ISPs, de-indexed from search engines and even prevented from doing business with companies like PayPal.

As one of the largest domain registrars, Go Daddy’s support of SOPA was extremely alarming to many people and companies with a strong presence on the Internet because it could make de-indexing domain names much easier.

Talk of a Go Daddy boycott began yesterday on community link-sharing site Reddit, and quickly grew to include several influential business leaders and media personalities. Among them were Y Combinator founder Paul Graham, Cheezburger CEO Ben Huh and celebrity/investor Ashton Kutcher. The company’s change-of-heart was announced today around the same time Wikipedia’s Jimmy Wales Tweeted he would be transferring Wikipedia’s domains from Go Daddy in protest.

Go Daddy initially shrugged off the protests, issuing a nonchalant response to let people know it hasn’t negatively impacted its business — which was the equivalent of shaking the hell out of a giant beehive and not expecting to get stung. Boycott participators responded by publishing step-by-step tutorials for transferring a bulk of domains to a new registrar, complete with recommendations to competitors.

It also started a Scumbag Go Daddy meme, which will probably never go away despite the company’s new stance on SOPA. It’ll be interesting to see if people still decide to take their business away from Go Daddy.

Check out the full statement from Go Daddy pasted below:

“Fighting online piracy is of the utmost importance, which is why Go Daddy has been working to help craft revisions to this legislation – but we can clearly do better,” Warren Adelman, Go Daddy’s newly appointed CEO, said. “It’s very important that all Internet stakeholders work together on this. Getting it right is worth the wait. Go Daddy will support it when and if the Internet community supports it.”

Go Daddy and its General Counsel, Christine Jones, have worked with federal lawmakers for months to help craft revisions to legislation first introduced some three years ago. Jones has fought to express the concerns of the entire Internet community and to improve the bill by proposing changes to key defined terms, limitations on DNS filtering to ensure the integrity of the Internet, more significant consequences for frivolous claims, and specific provisions to protect free speech.

“As a company that is all about innovation, with our own technology and in support of our customers, Go Daddy is rooted in the idea of First Amendment Rights and believes 100 percent that the Internet is a key engine for our new economy,” said Adelman.

In changing its position, Go Daddy remains steadfast in its promise to support security and stability of the Internet. In an effort to eliminate any confusion about its reversal on SOPA though, Jones has removed blog postings that had outlined areas of the bill Go Daddy did support.

“Go Daddy has always fought to preserve the intellectual property rights of third parties, and will continue to do so in the future,” Jones said.