GamesBeat: You had your own son. I wonder how much you see your relationship with him in this game.

Barlog: So much. There’s so much of this—the way that Kratos views godhood, as a disease he’s passed on to his kid, is the same concept I look at my kid, with my own psychological idiosyncrasies, my own obsessive-compulsive nature. He’s exhibiting all of that. I gave him that, because my wife is not that way. My wife has anxiety, but she’s nowhere near that—everything has to be done in a certain order, and my kid is that times 1,000, which is so heartbreaking. It’s the same way that–in that moment when Atreus rages out at the end of the game and knocks himself out and nearly dies. It’s seeing that terrible part of yourself in your kid.

There were some things we put in and it didn’t work out. People would say, “I don’t get that at all.” All right, we’ll take that out.

GamesBeat: It’s interesting that there’s this God of War game, and a God of War story, but then also this father-son story that explains a lot of what happens in the game. It’s not hammered home in a heavy-handed way. It’s unconsciously operating on you. You don’t have Kratos psychoanalyzing himself or anything, but that layer is there. I think that’s also interesting, about how this resonates.

Barlog: One, I work with really good writers. Those guys are incredible. But I think the time I spent with George Miller, understanding his process of breaking characters down—he worked with a writer, Nick Lathouris, on Mad Max: Fury Road. While they were developing the Fury Road script, Lathouris had broken down the entire script with one page of script and one page of line by line, psychologically, what each character was going through, either in the screen directions or the dialogue. What’s the motivation? What’s going on in their head?

Reading through that and realizing how much actually goes into a glance, how much goes into a grunt, made me realize, “All right, we have to think about this so much more deeply.” When we’re leading with, first, the story about growing up—it’s easy to say it’s redemption, but that’s not really what he was going for. It really was about growing up. Kratos figuring out how to grow up, us growing up. Part of growing up is that idea of passing on information. What is your legacy that you’re passing on? What is the responsibility of that legacy? Everything leads into that, throughout the whole game.

A lot of times you don’t start like that in games. It’s just, “I’ve got a cool mechanic I want to use, let’s do this!” 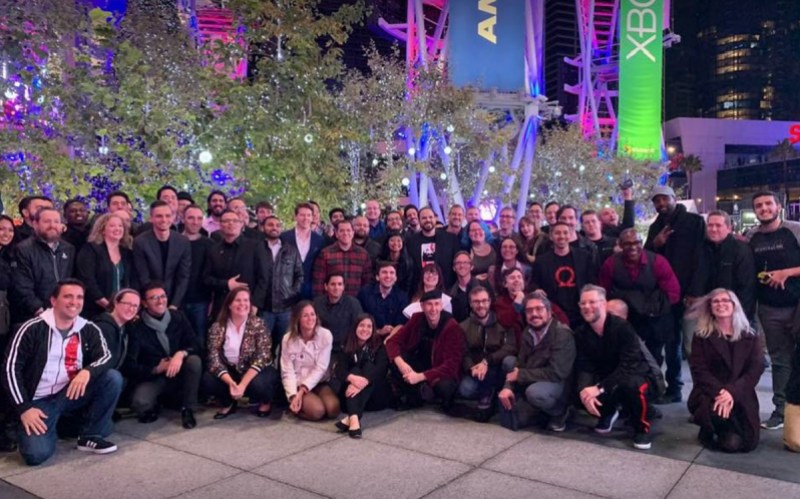 GamesBeat: You build a lot of that thinking into some of the dialogue, and then you may have actors coming in and changing it.

Barlog: But that’s good. There are so many times where they just bring something that surprises me. I had to get more flexible with the idea that I’m doing seven-minute takes with six actors and one of them is nine years old. It’s hard to say, “Well, one actor said this one part of that take wrong.” So I automatically went into all the shoots being open to the idea of, “That was really good. A bit more of that.” But acknowledging that I can’t stitch all of this stuff together. I can do a bit here and there, but I’m looking for that perfect 7-minute take between everyone. Empowering the actors even more to own it a little bit, and giving them direction that’s a bit more focused on finding what they already know to be true, but just getting it out in the lines.

I figured out a different way to work with everybody and direct, because of that. Because literally, one camera shot in a cinematic means you can’t just say, “Oh, that’s fine, we’ll get it in the coverage. We’ll do close-ups and you can nail it there.” Everyone has to give a perfect performance, every single time. The more invested and owned they are of it, the better a performance you get. It’s amazing.

GamesBeat: Because you named the kid at the end, I do wonder whether you then felt—well, you’re committing to a certain sort of story path here. Red Dead Redemption 2 is a prequel. You know who’s going to be alive at the end of that story, because they’re alive in the last game. They had to commit to a certain storyline, where these guys survive. It almost seems constraining. Are you constraining yourself by telling people who this kid is? Is there a certain path that has to unfold in a future game?

Barlog: That’s interesting. For me, no, because I already know what I want to do with it. To me, this is part of the story. Everything that happens in this one is leading toward this vision of how we’re going to resolve all of this.

GamesBeat: Did you cut off the game at a certain point and decide that the rest is part two?

Barlog: No. It’s definitely one of these things where—everything beyond the game has the tent poles of, “I want this to happen, I want that to happen.” The important thing about finding out who he is in this game is it creates that sense of, who do you think he’s going to become? Because part of it is, like you’re saying—when you know what’s going to happen in Red Dead Redemption, Red Dead Redemption 2 isn’t necessarily about getting surprised by the actual ending. It’s being taken along for the journey of the characters.

I think that’s such an amazing thing, because it’s appreciating the moments as they pass, as opposed to saying, “Oh, I called it, this was gonna happen!” So many people, when they watch a movie or play a game, “I knew 10 minutes in this was gonna happen!” That’s great. But you don’t win anything. It’s not the point of watching something, to guess what’s going to happen. Sometimes it’s so predictable that you’re saying it to point that out, but the reality is, it’s about enjoying those moments and understanding what’s happening to these characters. How are they growing?

To me, playing around with the identity is such an interesting concept. If you’re presented with two possibilities of who you are—it’s what happens to us when you go to college, right? You leave high school and you decide that you aren’t really happy with who you were in high school. You’re going to reinvent yourself in college, because nobody knows you there. You can be somebody completely different. That doesn’t last very long. Usually you end up folding right back into who you were. Perhaps slightly modified here and there.

But that’s such an interesting concept to play with. You take somebody that everybody thinks they know, because of Marvel’s interpretation of it, but that’s not necessarily the whole character.

GamesBeat: This is an aside, but when Hellblade came out, did you have any thoughts on their take on Norse mythology?

Barlog: I followed Hellblade through their developer diaries from the beginning. One, because I like Ninja Theory. I think they’re a great group of developers. And then two, because they were into Norse myth, and I’m the most paranoid person ever, always worrying that everybody else is going to use the same ideas that we are.

There was a number of times where I’d come out of my office slamming the door and screaming and going, “Who’s talking to Ninja Theory?” Because they’d be doing something exactly the same way we were. It would happen over and over again. The reality is we’re working in the same mythology, so there are certain things you’ll end up coupling up on. But when they said that they were going to do a single camera shot, I was like, “Seriously? They’re going to be release before us doing the single camera shot thing?”