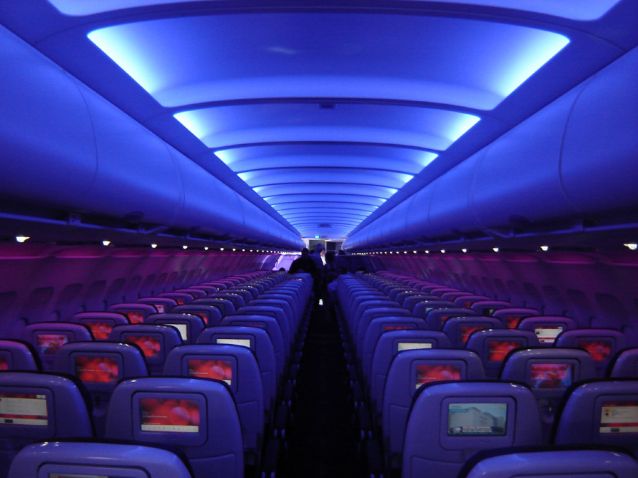 The only thing worse than no in-flight Wi-Fi is crummy in-flight Wi-Fi. Gogo aims to fix that problem with its new ATG-4 service, which will deliver wireless speeds around four times as fast as its current service, and which will debut on Virgin America’s fleet in the first half of 2012, the company announced earlier this week.

And in other Gogo news, the company plans to expand its Gogo Vision in-flight video rental service on all American Airlines planes with Gogo services in 2012.

Gogo debuted its in-flight Wi-Fi service on Virgin America back in 2008, so it makes sense for the airline to get first dibs on the company’s new tech. The ATG-4 service will “improve aircraft WiFi capacity to the plane by approximately four times the current performance through the addition of directional antenna, dual-modem and EV-DO Rev. B technologies,” the company said in a press release today.

Like most Web addicts, I’ve welcomed the addition of in-flight Wi-Fi. But the technology can be frustrating when, like most public Wi-Fi networks, it slows to a crawl thanks to users hogging bandwidth. I’m hoping the ATG-4 technology puts an end to that.

Gogo Vision, which launched last month on 15 American Airline aircraft, offers passengers access to a streaming library of over 200 movies and TV shows. Videos are stored on the planes, so the service doesn’t rely on access to the Web. The company announced that it’s also extending its introductory pricing for Vision of $.99 per TV show and $3.99 per movie through October 15. Additionally, customers will receive a free Gogo Wi-Fi session to use on future flights.

Via Engadget; Photo via Albert Domasin