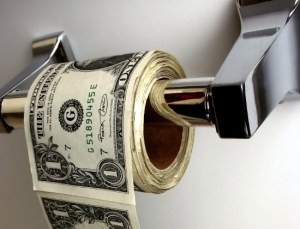 Titled “The State of Venture Capital in America,” the report says that because conditions have improved considerably due to a shakeout in the number of VC players involved in the tech sector, there’s been a reduction in capital allocated, making the money VCs do invest count even more.

It concluded that the top three reasons for superior performance returning to the venture capital asset class are: a scarcity of capital leading to better returns to those who are investing; far higher valuations being awarded to successful companies at their IPOs; and the rising importance of businesses going global sooner in their life cycle.

The significant decline in VC funding raised since the dot-com bubble burst — only $12 billion in 2010, versus more than $80 billion in 2000, and $37 billion in 2007 — has combined with a high uptick in money pouring into clean technology deals, which made up 17 percent of venture investments in 2010, to create ideal conditions for investing.

These factors and a sluggish IPO market could lead to a second “Golden Age” of tech investing on the part of venture capitalists, said the report.

“While the asset class has been largely abandoned by institutional investors, this disinterest will paradoxically lead to superior returns in the future,” William Quigley, managing partner at the Menlo Park, Calif.-based outfit and author of the report told VentureBeat.

That makes it a prime environment for investors looking to find bargains at the seed stage level and large payouts when popular companies such as Zynga, Facebook and Twitter do go public.

“Investors in the hot start-up companies of today, Facebook, Groupon, Zynga [etc.] will do fantastically well,” said Quigley who has seen a number of his early-stage investments go public, including MP3.com, Tickets.com, Emusic and PeopleSupport.

However, he warned that because most of the new Silicon Valley companies already have an existing product and gone global, public shareholders in these company will be taking on substantially more risk this time than they did versus their investments in the leaders from the last tech cycle.

“The iconic companies of the dot com and telecom bubble, such as Amazon.com, eBay and Juniper Networks were priced at very attractive valuations when they were offered to public shareholders  Amazon went public at less than 1 times forward 12 month revenues,” he said.  “I don’t see the same fantastic opportunity for IPO investors this time around.”

“The newest crop of high-profile IPOs will be fully priced, with all of the risk that implies for public investors,” he added.

The report also said that taking a data-driven prospective, conditions today in the private and public capital markets bode well for superior performance and a to return to the venture capital asset class this decade.