GoNoodle is launching something it calls “movement games” on smartphones and tablets for kids. The GoNoodle Games app uses the cameras and motion sensors of the devices to detect whether kids are moving and exercising as they should in a game.

The Nashville, Tennessee-based GoNoodle wants to lead the movement and mindfulness activities charge for children, who are increasingly sedentary as they are absorbed by their mobile devices and social media, said CEO KC Estenson in an interview with GamesBeat.

Update: GoNoodle has decided to release and make available until schools re-open, a free online resource for parents, teachers, and kids: GoNoodle: Good Energy at Home.

Kids and teachers already enjoy the benefits of integrating movement and mindfulness into the school day with GoNoodle. And parents rely on GoNoodle as a safe, active, fun screen-time option for their kids at home. Already, 14 million kids a month watch GoNoodle’s videos, which also try to get kids to exercise or dance.

“The types of videos that we create are really meant to have kids react and interact with the video,” he said. “But the limitation is, there’s no way to measure whether or not they’re actually moving. And so we challenged ourselves to make that happen with the game.” 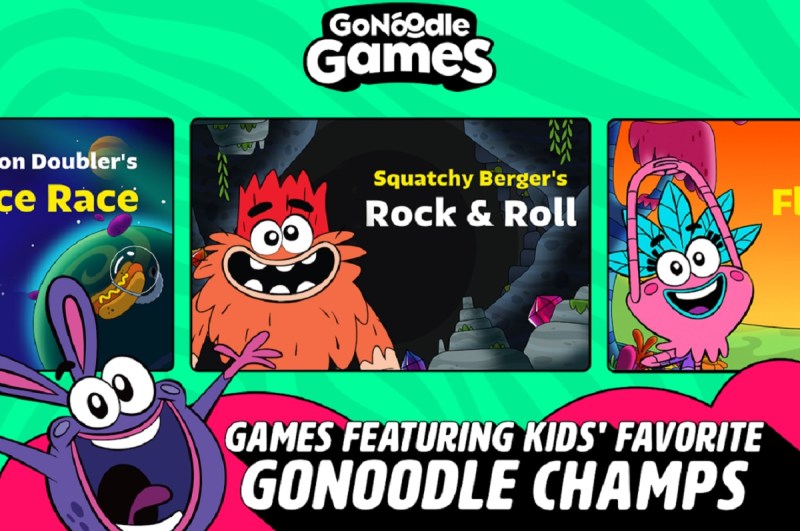 Above: GoNoodle Games has four titles in one app.

GoNoodle has created GoNoodle Games, a free iOS app that takes advantage of the motion sensors to detect movement and makes screen time into active time.

GoNoodle Games uses Open CV-based computer vision and machine learning technology to detect movement and bring kids into the action, without requiring any additional hardware. GoNoodle Games gets kids jumping, ducking, dodging, and holding a pose while playing fast-paced minigames each with unique movements, obstacles, and opportunities to earn points.

Four out of five U.S. public elementary schools have adopted GoNoodle’s videos over the past six years. But the games app extends its home presence by introducing a new way to increase movement outside the classroom.

Estenson said the games were inspired by titles like Fruit Ninja (where you slice fruit with gestures), the Nintendo Wii’s Wii Sports, Microsoft Kinect, and Pokémon Go.

“It’s like the Nintendo Wii, without the controller, as the power of the phone and the iPad have now been brought right down into the device so kids can play,” Estenson said. “It takes them through a little guided movement, an exercise track, and then they move their arms. It’s a new form of a gaming interaction, to try to get kids to play something that’s super fun but also good exercise.”

The GoNoodle Games app features kids’ favorite characters, moves, and music that they giggle and wiggle to every day in the classroom and adds gameplay twists. 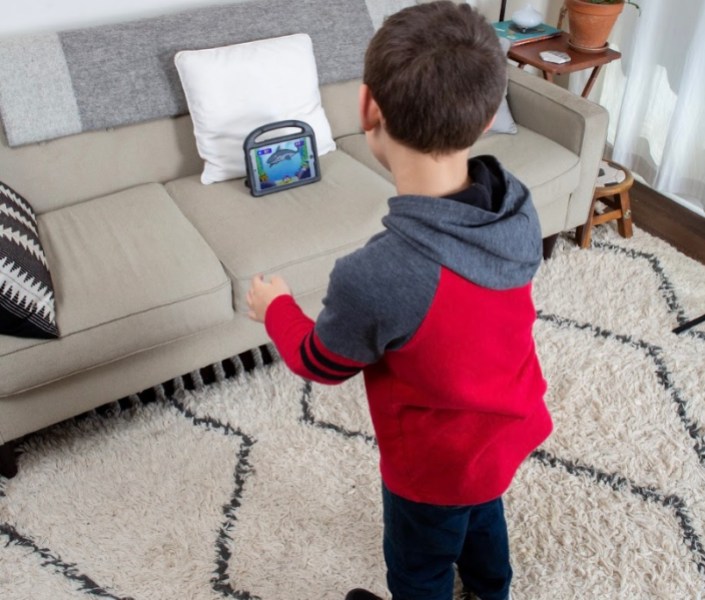 “You know that kids are kinetic, right?” Estenson said. “We have all these like societal issues now where people are more sedentary than they’ve ever been before. Using technology, they are sitting still. It’s causing a lot of health challenges for kids. We have pediatricians are now prescribing activity.”

The games measure analytics of how the kids move, and how long they play. And GoNoodle can use that information to improve the games.

Estenson said it was important that the GoNoodle Games app doesn’t require any extra hardware and ties real-time movement to game outcomes. All you need is a mobile phone or tablet, the free GoNoodle Games app, and a data connection. Eighty percent of U.S. households have this kind of technology.

GoNoodle partnered with Dubit, a game development studio, to make the games. And it has partnered with groups such as the U.S. Tennis Association to promote activity.

Over time, the platform could have 15 to 20 games, Estenson said.

“What we wanted to do is use the camera to measure movement and create a reward system for kids being active in front of the screen. That’s really what we’re after here,” Estenson said, “People are trying to find more connection between using technology and reversing the effects of sedentary behavior.”

The company has 65 employees, and it has raised $20 million to date.

“We want to be a gaming company that genuinely does good in the lives of kids and families,” Estenson said. “We think that it’s a really nice spot to be and that is more important that we make that impact right now.”