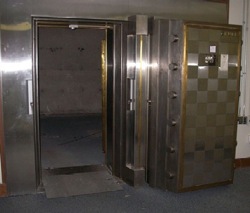 There are two new reports about the state of venture capital investing during the first three months of 2009, and they’re even bleaker than I expected. Remember when everyone was hoping that the economic downturn wouldn’t hit the tech industry as badly as after the last bubble? Well, on the VC side, things are actually worse than they were post-bubble — Q1 2009 saw the lowest amount of investing since either 1997 or 1998 (depending on whose numbers you’re using). Perhaps even more surprising, cleantech took the biggest hit by far.

So here are the numbers: Venture firms invested a total of $3.0 billion in 549 deals, according to the MoneyTree Report from PricewaterhouseCoopers and the National Venture Capital Association, which uses data from Thomson Reuters. In terms of dollars invested, that’s a drop of 47 percent since the fourth quarter of 2008, when $5.6 billion went into 866 deals. And keep in mind, Q4 was after the crunch, so the numbers were already falling. Compared to Q1 2008, it’s a drop of 61 percent. Meanwhile, Dow Jones VentureSource says $3.9 billion was invested in 477 deals, a drop of 50 percent since the same period last year. 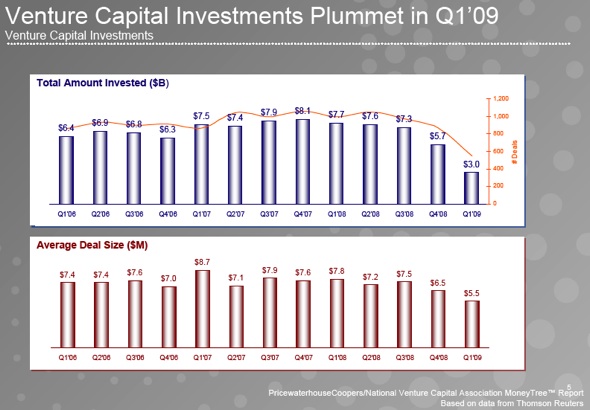 Still, a drop of 50 or even 60 percent isn’t as bad as the virtual evaporation of funding for cleantech, which saw $154 million go into 33 deals, according to the MoneyTree Report, down a 84 percent from Q4. The sector could certainly bounce back, but those numbers are particularly mind-boggling since it was previously seen as the silver lining in the dark clouds hovering over venture, and in fact NVCA President Mark Heesen just told us cleantech might become the largest area of venture investment in 10 years. Other industries fared a little better:

(Those are MoneyTree’s numbers, you can see the VentureSource industry breakdown in the chart below.) 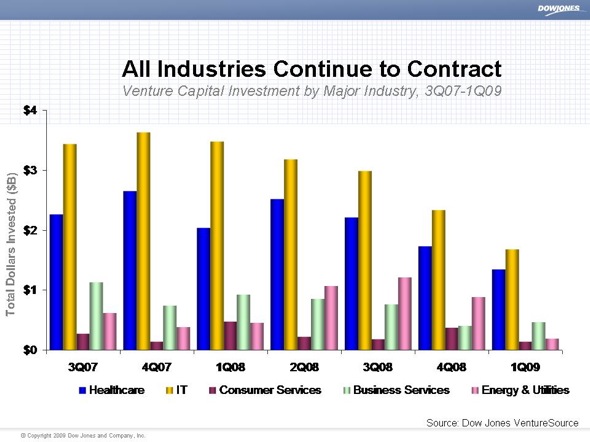 At least Silicon Valley residents can comfort themselves that they’re still at the center of VC investment, with the San Francisco Bay Area attracting 30 percent of deals.  On the other hand, the region also saw its lowest investment in more than a decade.

John Taylor, the NVCA’s Vice President of Research, said that there were some deals that started in Q1 but didn’t finish, so there’s hope for a recovery Q2. Even if it happens, it probably not a huge recovery, but at times like this, we should be glad for what we can get. Let’s hope that the best companies can still find funding and make it through these lean years. 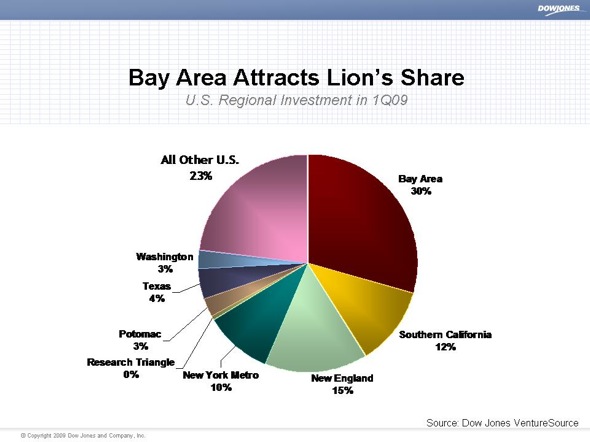