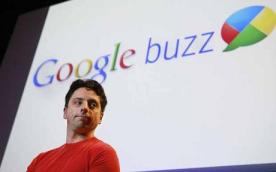 A product manager from Google told attendees at the South by Southwest Interactive conference in Austin, Texas that Google had misstepped by launching its social network, Google Buzz, too broadly and too promiscuously. In the future, said Google’s Todd Jackson, the company will pre-test new features rather than roll them out to all customers at once.

Earlier at the conference, keynote speaker Danah Boyd, a social media researcher with Microsoft, complained that Gmail had been “one of the most private systems imaginable” until Google Buzz outed who was emailing who.

“There’s a big difference between publicly available data and publicized data,” she said. “I worry about this publication process, and who will be caught in the crossfire” when information that Gmail users had instinctively treated as private was suddenly made public.

Privacy experts have made the same observation about Facebook, which shifted a few months ago from keeping all its users’ information out of Google’s search engine, to publishing members’ profile data without their express permission. For many users, Boyd observed, the violation of their presumed personal space was instinctively wrong.

Google Buzz’s biggest error from VentureBeat’s point of view was that we use Gmail for work and keep separate accounts for our private lives. Yet Google Buzz initially attempted to publish personal networks for us based on the people we interact with for work. To see my Buzz network, you’d think I spend my life chatting with the people who auto-mail me press releases. Buzz also eagerly revealed some of VentureBeat’s insider informants as part of my personal network. That’s the kind of mistake for which an apology won’t do.

[Photo of Sergey Brin from Buzz event earlier this year. If you’ve got a photo of Todd Jackson from SXSW, let me know]