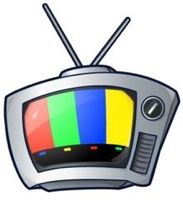 Update: A Google spokesman wrote in an email, “We’re pleased to welcome the Agnilux team to Google, but we don’t have any additional information to share right now.”

Google has acquired a stealth company called Agnilux, according to a report in PEHub. The startup never publicly announced what it does, and Google isn’t explaining the acquisition, but what little is known prompts some suggestive speculation.

Apparently the company was tight-lipped with reporters from The New York Times, but they did discover that it was founded by employees who left PA Semi after the chip designer was acquired by Apple. PA Semi’s technology is being used for the A4 chip powering the iPad. Meanwhile, Google is partnering with companies to build potential iPad competitors running its operating systems — Chrome OS on netbooks and Android on tablets. Maybe it wants to get more involved in the creation of a device, as it did with the Nexus One phone.

The background of another Agnilux employee points down a different road. The company’s director of application software spent nearly a decade as a software architect at TiVo. So perhaps this is related to Google TV, the web-on-your-TV device that the company is reportedly developing.

The Times also said Agnilux was working on some kind of server and that it had a partnership with Cisco. That suggests something more business-oriented, rather than a consumer device like Google TV. On the other hand, Cisco does sell set-top boxes for your TV.

Google has not yet responded to VentureBeat’s request for comment.