The cable should be working by 2018, Google submarine networking infrastructure director Brian Quigley wrote in a blog post.

This isn’t a first for Google, or for Facebook. Google has already invested considerable sums of money into this type of infrastructure. Other cables Google has collaborated on include the Faster, as well as Unity, SJC, Monet, and Tannat, Quigley wrote. 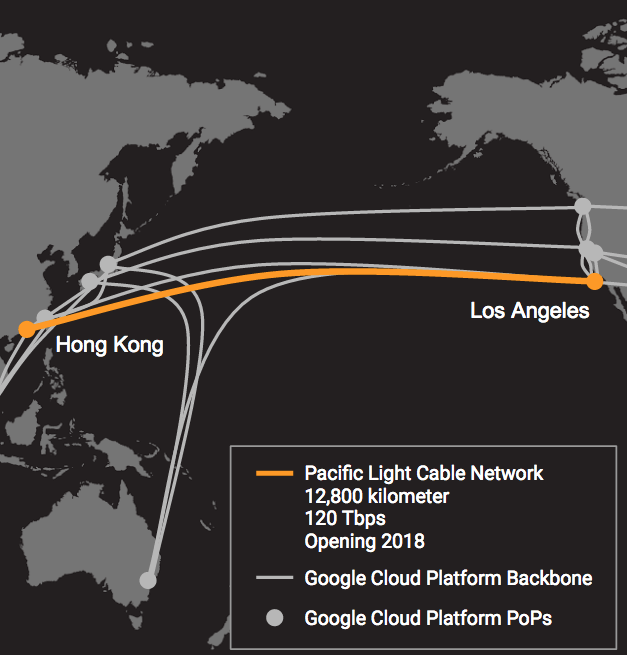 The infrastructure will decease latency in certain cases for the the G Suite of Google apps and the Google Cloud Platform, which provides public cloud compute and storage infrastructure for independent developers and companies, including Snapchat and Spotify.

Public cloud market leader Amazon Web Services (AWS) recently put up money to support a submarine cable running between Hawaii and Australia, according to Data Center Knowledge. Microsoft has also invested in undersea cables in support of its cloud services. Most recently, it partnered with Facebook on the Marea cable.