Google’s Advanced Technology and Projects (ATAP) group showed what it’s been up to with the Project Soli gesture radar technology that it unveiled at I/O one year ago.

Google ATAP has worked with LG Electronics and MC R&D Lab to assemble an impressive-looking smartwatch that you can quickly control with subtle hand gestures. Of course, the watch will also support touch and speech input, but the real magic here is what you can do by moving your fingers ever so slightly, Google ATAP’s Ivan Poupyrev said today at the Google I/O developer conference in Mountain View, California.

Above: A Google Project Soli smartwatch in action.

ATAP has also worked with Harman to produce a JBL speaker that uses those same Soli algorithms. With the first prototype onstage, Project Soli machine learning engineer Nick Gillian demonstrated how you can quickly play, pause, and switch tracks with the gadget.

Above: The Harman JBL speaker that understands hand gestures using Google ATAP’s Project Soli technology, as shown during the Google I/O developer conference in Mountain View, California, on May 20, 2016.

Google did not share release dates for these new products. (If and when the smartwatch does launch, it will have a big leg up over the Apple Watch, among other devices.) But that gets to where Soli is going.

“Soli is an interaction platform for a connected world,” Poupyrev said.

Oh, and ATAP has also improved its Soli developer kit. It launches next year, Poupyrev said. 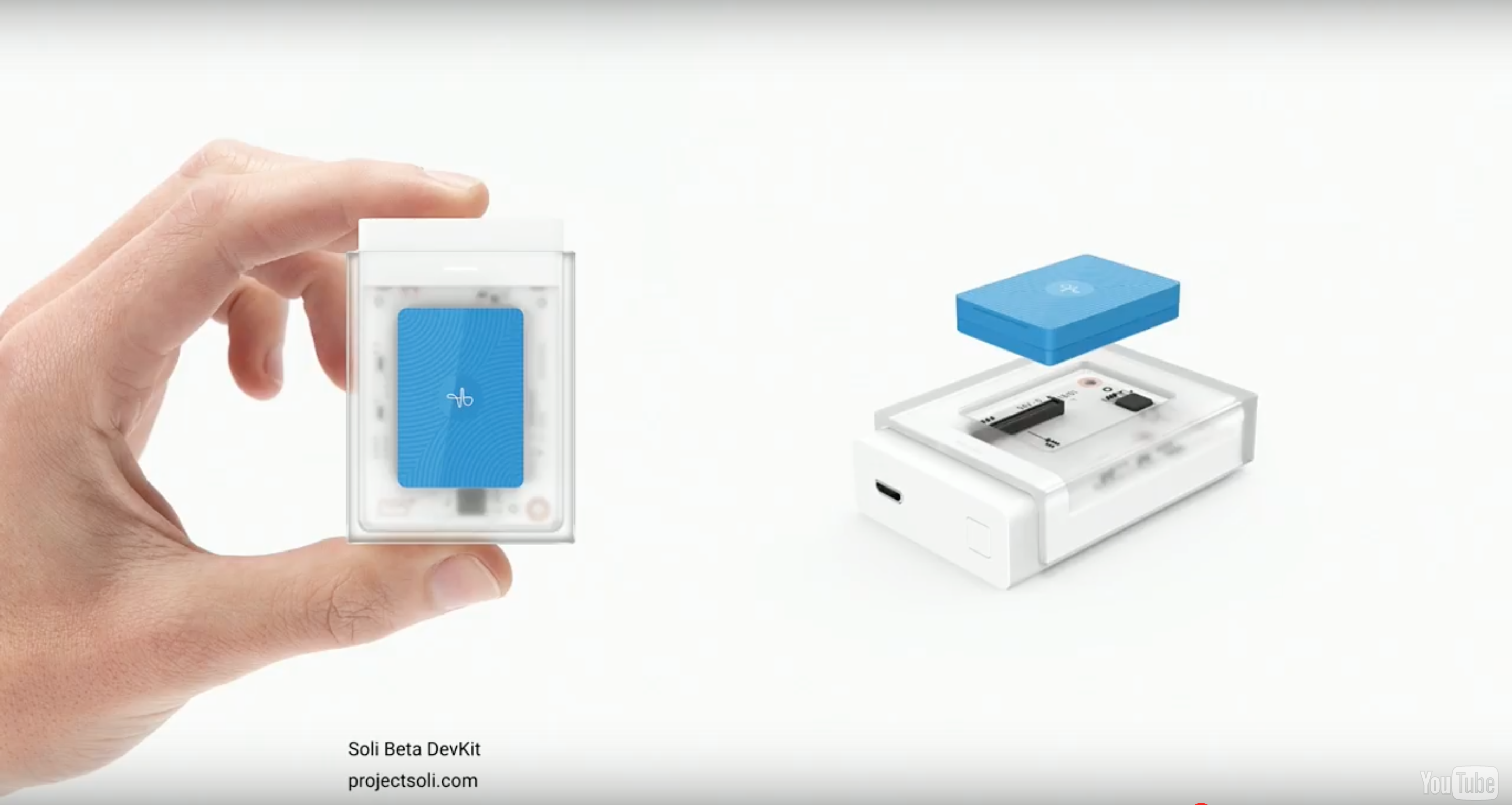 Thanks to Google ATAP’s collaboration with Infineon, power consumption of the device development kit is 1/22 of what it was before — 54 milliwatts — and it’s one-third the size of the alpha model, Poupyrev said. The radar is capable of capturing images at 18,000 frames per second (FPS), according to an Infineon spokesperson.