Google today launched Android 11 Beta 2, or the sixth preview of its next mobile OS version. Beta 2 marks Android 11’s Platform Stability milestone, which means that the APIs and behaviors have been finalized. As a result, developers can make final compatibility updates and focus solely on testing their apps and games.

Android 11 has had a rocky beta schedule. Google launched Android 11 DP1 in February (the earliest it has ever released an Android developer preview), Android 11 DP2 in March, and Android 11 DP3 in April. Android 11 Beta 1 was supposed to arrive in May, but we got Android 11 DP4 as a stopgap measure, and then Beta 1 arrived in June. Beta 1 would have normally been shown off at Google’s I/O developer conference, where the first Android beta typically debuts, but the event was canceled due to the coronavirus. #Android11: the Beta Launch Show was supposed to happen in lieu, but Google postponed and then ultimately canceled that as well due to protests over systemic racism and police brutality.

Despite the delays, Google insists that Android 11 is on schedule (the final is officially slated for Q3, but Google hinted last night that it was aiming for September 8). You can get Android 11 Beta 2 now via the Android Beta Program or download it directly. Google will also be pushing an over-the-air (OTA) update for those on previous builds. The release includes the final SDK with system images for the Pixel 2, Pixel 2 XL, Pixel 3, Pixel 3 XL, Pixel 3a, Pixel 3a XL, Pixel 4, and Pixel 4 XL, as well as the official Android Emulator. Those eight Pixel phones are a tiny slice of the over 2.5 billion monthly active Android devices — the main reason developers are exploring the new version in the first place. While those are the phones Google limited the first four Android 11 developer previews to, the company is working with its OEM partners to bring the betas to more devices.

Again, Platform Stability means that Android 11 app-facing surfaces and behaviors are now final, including SDK and NDK APIs, system behaviors, and restrictions on non-SDK interfaces that may affect apps. App compatibility means that your app runs properly on a specific version of Android, in this case the latest one. Developers should install their production app on a device or emulator running Android 11, test all the user flows and features, and make sure none of Android 11’s changes break anything.

While these changes will only affect Android 11 users, either those who updated to it or purchased a new device, that still translates to millions of devices. Before you explore the new APIs and capabilities, start by testing your current app and releasing a compatibility update. 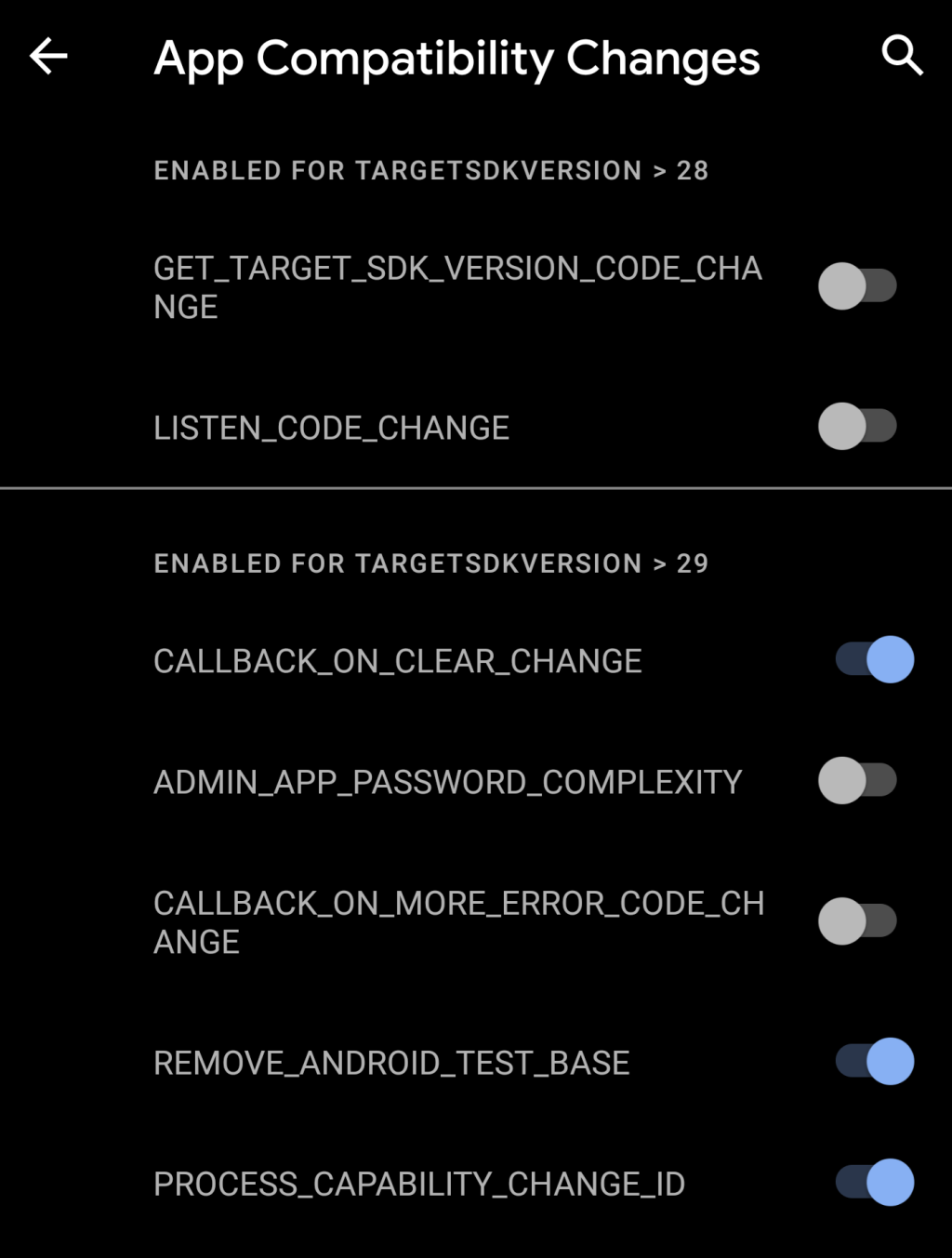 To smooth out the process for developers adopting the platform update, Google is offering the following resources and tools as part of Android 11:

Google VP of engineering Dave Burke today called on SDK, library, tools, and game engine developers to test and release their compatible updates “as soon as possible — your downstream app and game developers may be blocked until they receive your updates. When you’ve released a compatible update, be vocal and let developers know!”

While the developer previews are only meant for, well, developers, early adopters and anyone interested in beta software can try Android 11 now. In return, Google is asking that you give feedback and report bugs.

If you haven’t started testing yet, now is the time. After you’ve downloaded Beta 2, update your Android Studio environment with the SDK (setup guide). Then install your current production app and test the user flows. For a complete rundown on what’s new, check the API overview, API reference, and behavior changes.