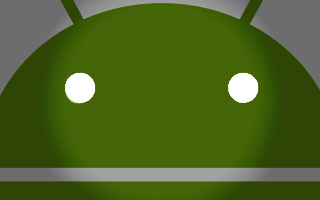 First, a Google engineer admitted he may have copied Sun’s code in his work on Android.

Also, Google documents show the company worked to give Motorola and Verizon early access to new versions of Android, known as “forks” — and a significant time-to-market advantage along with it.

And finally, we learned that Sun at one time wanted to walk away from its $100 million per year mobile licensing business to create open-source, Red Hat-style distributions of Android under the GPL.

These are three of the bombshells that have fallen so far in Google’s legal entanglement with Oracle, the current owner of Sun Microsystems and the Java computer programming language. As depositions begin and documents are filed with the courts, we’re learning a lot about Android’s true history, and the evidence and statements are painting a much more complex picture than a friendly green robot offering mobile OS freedom to consumers.

The most significant of these admissions is one that has less impact on Google’s fight with Oracle and more bearing on the company’s proposed acquisition of Motorola Mobility.

“There’s never been a level playing field even before Google owned a handset maker,” said open-source patent expert Florian Mueller, who’s been following the cases carefully. “I think it’s a safe assumption to say that it can only get worse once Google competes with other device makers.”

Essentially, the key document reads that part of Google’s plan for Android, and how to profit from a free operating system, included the following:

Do not develop in the open. Instead, make source code available after innovation is complete.

Give early access to the software partners who build and distribute devices to our specification (i.e., Motorola and Verizon). They get non-contractual time to market advantage, and in return they align to our standard.

This amounts to what Mueller calls a “secret fork” of Android to which only the privileged (and compliant) few would have access — a factor that would have ensured the success of the Droid lineup.

“Some of the material that surfaced in the Oracle case may be seen by regulatory agencies that now have the proposed acquisition of Motorola Mobility before them and have to evaluate its implications for competition,” he wrote to VentureBeat.

This all might add up to some rather substantial anti-trust claims, said Mueller. “The concern here is not just about what may or may not be considered fair. It’s about whether Google’s proposed acquisition of Motorola Mobility would significantly impede competition in the future.”

The other issue uncovered early in deposition is more relevant to Oracle’s lawsuit claiming copyright and patent infringement in the code of the Android operating system.

In depositions, Google engineer and former Sun employee Joshua Bloch was asked to comment on nine lines of Android code that are identical to code owned by Sun. When asked whether he accessed Sun’s code while working on the given Android block of code, Bloch said, “I’m perfectly willing to believe that I did. I think the similarity of the signature, the fact that the three arguments are in the same order and have the same name, is a strong indication… that I did.”

Given this and other testimony, said Mueller, “It won’t be hard for Oracle’s trial lawyers to portray Google as a reckless, willful infringer of intellectual property.”

Of course, the Sun code in question is open-source, leaving many folks wondering why anyone’s being sued at all over the code it contains. However, the issue comes down to the intricacies of the GNU General Public License under which Sun’s code has been published.

“The GPL requires everyone to publish derivative works, such as enhanced versions, under the same license,” Mueller explained. “Google didn’t want that. There’s another category of open source licenses — so-called permissive licenses — that allow closed-source versions and extensions, which is exactly what Google and many of its OEMs do.”

We’re keeping close tabs on the ongoing lawsuit and its implications for Android, currently the fastest-growing and most widely used smartphone operating system. If Oracle wins the suit, the effects on the Android ecosystem could indeed be drastic.