With over 2.5 billion monthly active devices, Android is easily the biggest platform for game developers to target. Google says these new tools and services are aimed at helping developers “increase the reach of your games and manage the fragmentation of the Android ecosystem.” But there’s a catch. For almost all the new tools, you’ll have to apply for the developer preview before you can try them.

Google has unveiled a handful of new tools to build and optimize games for Android. Here are the top three:

The Android GPU Inspector is worth expanding on. It was built in partnership with Qualcomm and falls under Snapdragon Elite Gaming experiences. Select game developers will be able to suggest enhancements to the Adreno Graphics Development Driver, which will be available on Google Play. You’ll thus be able to update your Adreno GPU driver just like an app. Updateable GPU drivers will first become available for the Pixel 4, Pixel 4 XL, Galaxy Note 10, and Galaxy S10. Qualcomm shared that Google used the Android GPU Inspector on a Pixel 4 XL to discovered an optimization opportunity for an unnamed game partner. It saved the game 40% in GPU utilization, which translated to faster frame rates and longer battery life.

Google has also made improvements to Google Play to scale reach and provide greater insights into your game’s performance. Here are the top three:

If you build with Unity, you’ll want to know about the Play Billing Library 2 for Unity developers. You can now access all of its features, such as allowing users to pay with cash and surfacing IAPs outside of the game.

Lastly, Google’s Firebase has introduced Cloud Firestore for game developers in open alpha. Cloud Firestore is the company’s next-generation, scalable NoSQL database in the cloud. (Google says its Realtime Database is not going away.) It offers multi-region reliability (for five nines [99.999%] of uptime), atomic transactions, robust offline support, and real-time listeners. Alpha versions of the SDKs are now available for C++ and Unity developers.

It’s an open alpha, meaning anyone can try it, but it’s still rough around the edges. The Unity version of the SDK, for example, is missing some of the more advanced querying features. Also, the API can still change in the coming months, so don’t make any production bets (method names aren’t final). 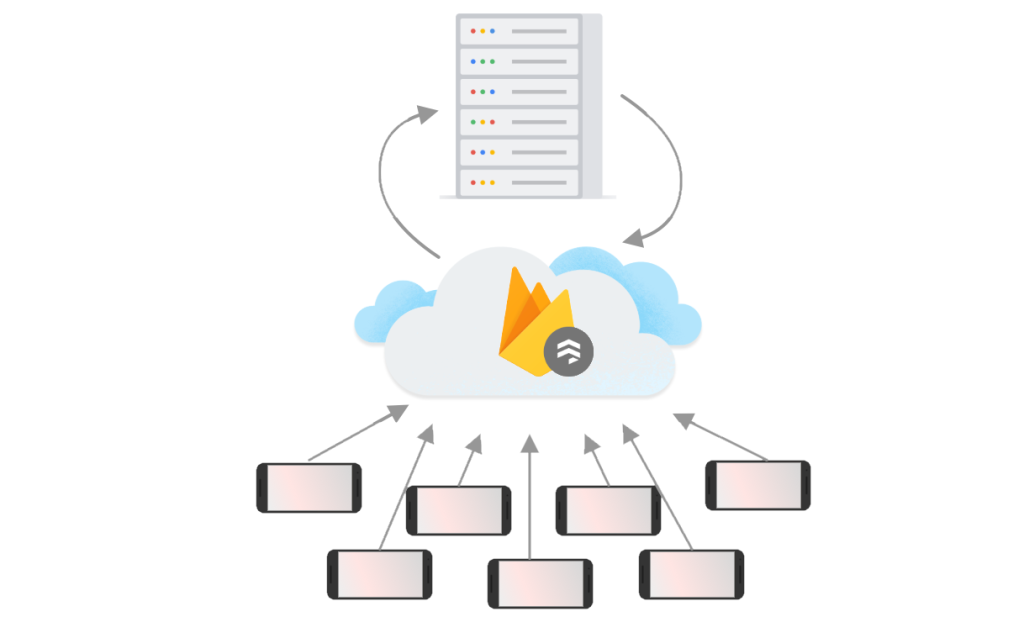 Cloud Firestore can be used to save your users’ game state to the cloud, save a shared game state to be viewed by several different clients in a multiplayer game, and post daily challenges or user-generated content that can be viewed by millions of clients. You can even use it to build a caching layer on top of your existing game server for sharing your gameplay data with millions of clients without hitting your server directly. 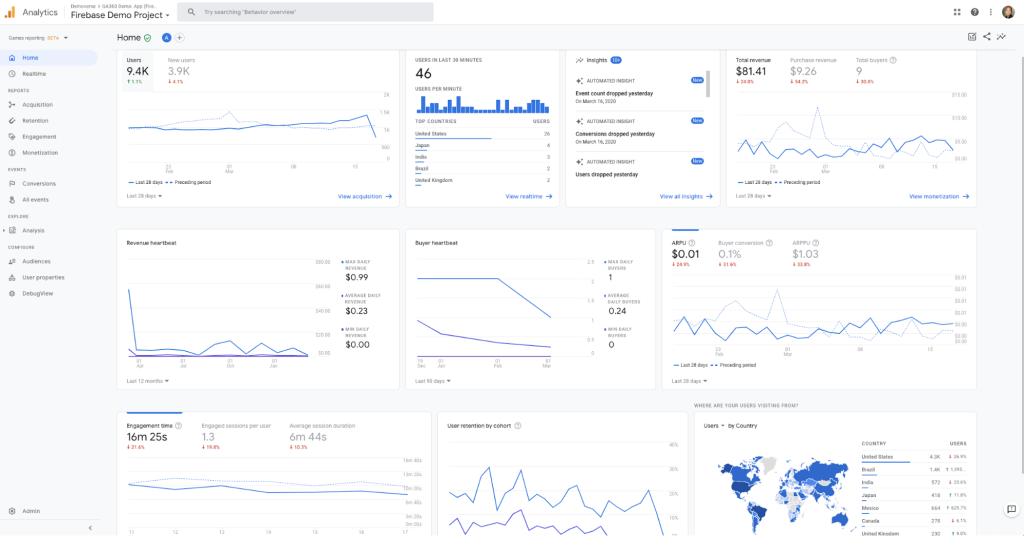 The Google Analytics team has built new reports for game developers and business analysts. You can expect new dashboards centered around user acquisition, retention, user engagement, and monetization. New reports and visualizations like First-time Buyers, Revenue Heartbeat, User Engagement (in game days), and trending DAU/MAU are also available. All you have to do is link your Firebase project to a Google Analytics account.