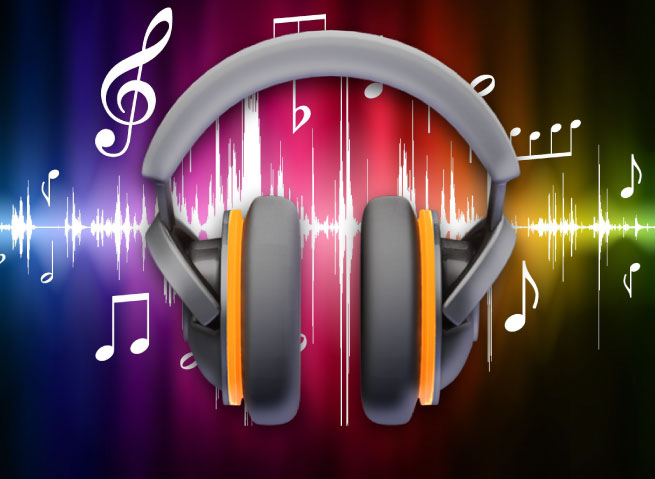 “We wanted to build a music service that was focused on music where technology was in the background,” said Google’s Chris Yerga. “Choosing your music shouldn’t be such a chore.”

The new service, which is available today, will be $9.99 per month in the U.S., and will give everyone a free 30-day trial. If you sign up by June 30 you’ll be able to get it for $7.99 per month. Unlike many of its new competitors, it doesn’t look like Google will be offering a free tier of the service, which lines up with rumors that we’ve heard in the past.

The service itself will compete with on-demand music services like Rdio and Spotify as well as Pandora and other smart radio services. The company apparently was able to wrap up negotiations with all the major record labels prior to I/O, but admittedly it is a bit odd that it chose a developer-focused event to make such an announcement. The service will also face plenty of competition from other streaming music services as well as those from rival tech companies that are rumored to be launching their own offering.

“This is radio without rules,” Yerga said. 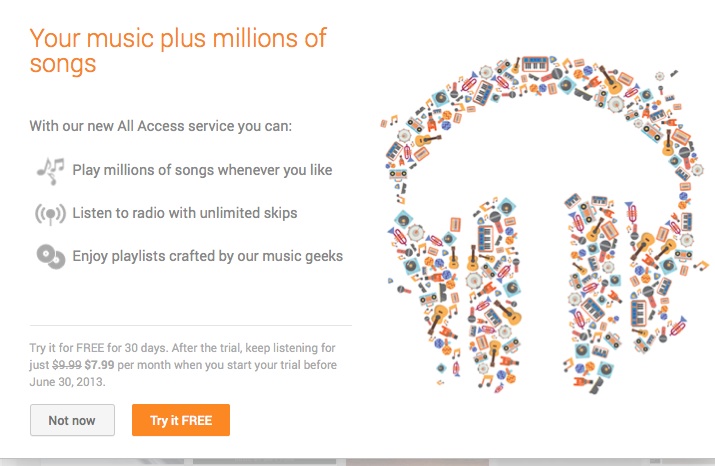 You can use Google Music All Access to create a radio station from any song you’re currently listening to. It also lets you peer into the future of what’s scheduled to play within that station — and in a move that’s not like any of the other music services, Google will let listeners get rid of music within those stations that they don’t like. The algorithm then changes to fit your revised musical tastes on that selection.

Google already has a streaming music offering in its “Google Music” service, which you can use to upload your entire library of digital songs to the web and play from anywhere (or “pinned” for offline listening on Android devices). That service is also heavily connected the Google Play store that sells music, among other things.