While Google’s Performance Summit 2016 is next week, the company has some developer-specific ads news to share at I/O 2016. Universal App Campaigns for iOS are now available in beta and will roll out to all developers “in the near future.” Additionally, Google has made it easier to target “high-value users.”

Google also revealed that over the past year, it has more than doubled the volume of app installs driven by ads. Specifically, the company has delivered over 2 billion app downloads to developers.

Google doesn’t typically share such milestones (the company merely claimed “hundreds of millions” of paid app installs last year), but it has felt pressure in the industry. At F8 2016 in April, Facebook shared its platform has driven 2 billion app installs. So Google thought it would be a good idea to let developers know today that it’s keeping up.

Last year at I/O 2015, Google’s AdWords team announced Universal App Campaigns, which enable advertisers to reach consumers across Google Search, the AdMob network, the Google Display Network, YouTube, and Google Play using a single campaign type. Developers can set up wide-reaching install ads for Android apps in AdWords or in the Google Play Developer Console. But that was Android only. 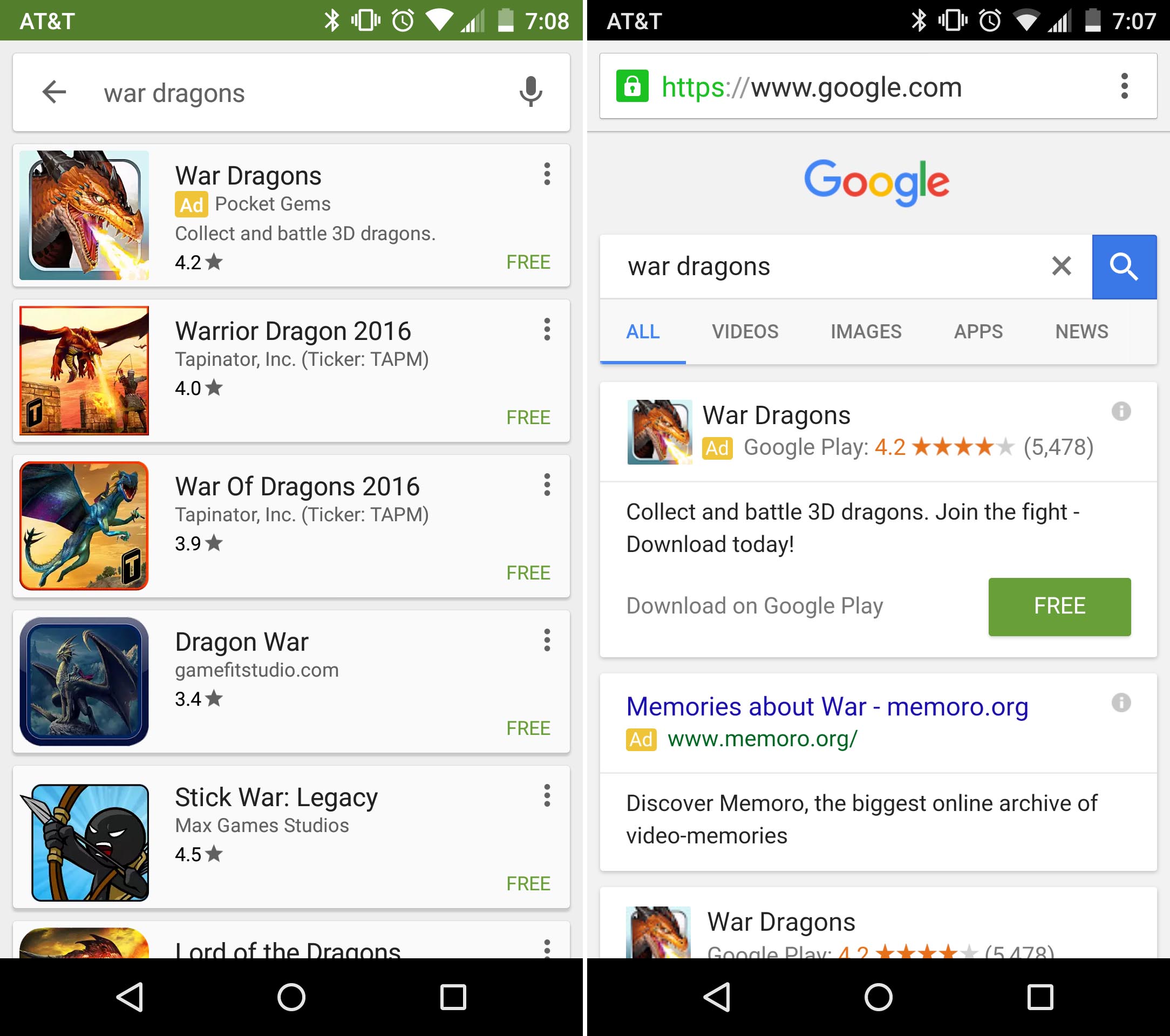 The update today is simple: Developers can now grow their iOS apps in the same way. That means “all app developers” (yep, that’s a jab at BlackBerry and Microsoft) can reach Android and iOS users across Google’s properties.

iOS aside, the revenue generators at Google also announced new ads and insights to help developers and marketers “find more of the right users for their apps.” That means finding users that are most likely to, for example, reach level 10 of your game, purchase a new camera, or book a vacation.

The best part is that this is somewhat automatic. Universal App Campaigns takes care of targeting and bidding “to find your most valuable users based on your in-app conversions.” You still have to specify the value you want in app events (as opposed to using the current target CPI model), but then Google does the rest.

Here is how it works:

Our models evaluate countless signals and unique insights into intent, and constantly learn and adjust, meaning every single optimization is based on the freshest, most relevant data. The best thing for app developers is that we do all the hard work in the background, predicting which users will be valuable and acquiring them at the right price. Universal App Campaigns now offer advertisers more high quality app users, with less effort.

That said, Google is still tweaking the details. These changes are in testing and will roll out broadly “in the coming months.”

Universal App Campaigns will soon reach more users on YouTube, though Google didn’t give any specific details. The company did share that developers will be able to reach Gmail users on top of tabs: 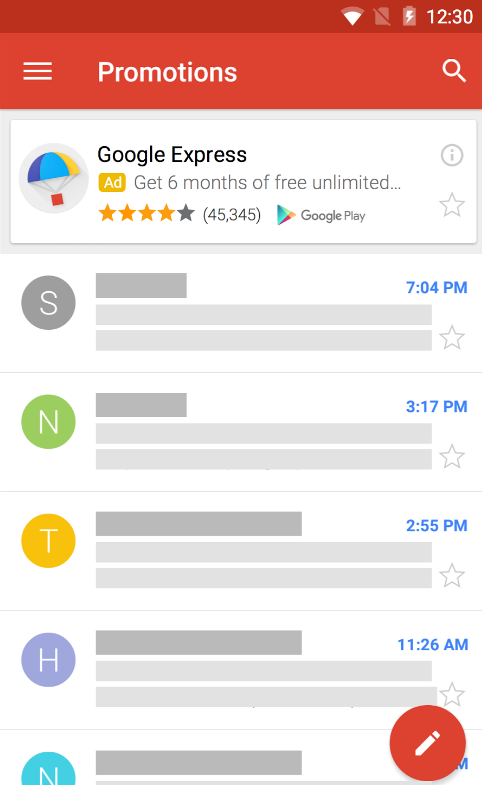 Ads still drive the larger majority of Google’s — ahem, Alphabet’s — revenue. While this isn’t as massive an update as the one at I/O 2015, you can expect the company will have even more to share next week.