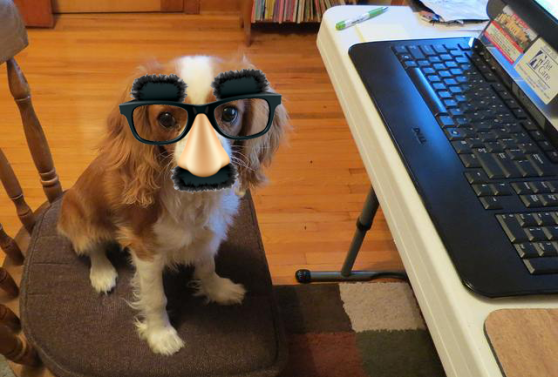 On the Internet, nobody knows you’re a dog. Or at least that’s how it used to be. In 2013, not only does everyone know you’re a dog, but they also know your breed, coat color, and the last time you were tested for worms.

Google and Facebook like it that way. The Internet giants really don’t want anything more than to dissolve the barrier between your offline and online identities. In the perfect world, anonymity is dead, and the real name reigns.

But Internet daddy and Google chief internet evangelist Vint Cerf says that while real names have their place online, the key is to let people chose when to use them. “Using real names is useful, but I don’t think it should be forced on people, and I don’t think we do,” he told Reuters.

Google may not force people to use their real names now, but it hasn’t had the best track record with this stuff. When it launched Google+ back in 2011, the company made the hugely controversial decision to prevent people from using pseudonyms, a rule it was forced to relax some time afterward.

The two features seem like they targeting different things, but they both tie into one word: trust. By enforcing a system wherein everyone is using their real names, Google says it can more effectively assure users that they’re dealing with real, legitimate, trustworthy people (and websites).

Mark Zuckerberg has taken the trust idea a bit further. Not only does using your real name online give people more of a reason to trust you, but that real name should be the only one you use online, he says. Here’s how he put it in 2009:

“You have one identity. … The days of you having a different image for your work friends or co-workers and for the other people you know are probably coming to an end pretty quickly. … Having two identities for yourself is an example of a lack of integrity.“

“Lack of integrity” seems pretty harsh way to describe someone who doesn’t want his co-workers to know about his My Little Pony addiction, but Zuckerberg’s comments were in many ways an augury about the reality that we now live in today: Now that not having a Facebook account can make you look “suspicious,” it seems as if the deck is pretty heavily stacked against those who want to limit the connection between their offline and online worlds. And this will probably never change.