For years, developers asked Google to enable PHP on App Engine. In May, Google finally relented, and the most-requested language for Google App Engine is becoming one of the most popular languages on Google cloud offerings.

This makes a lot of sense.

After all, with over five million developers, PHP is the most-used language on the web. In addition, according to Google, PHP runs a staggering 75 percent of the web. That made it a no-brainer to add in addition to Python, Google’s language of choice. If Google wants to compete with the big boys of cloud — such as Amazon and Microsoft’s Azure — PHP is a necessity.

“PHP was No. 1,” Jessup says when I ask him about developers’ requests for App Engine supported languages. “It was pretty much unanimous.”

But there’s more to it than PHP’s popularity.

VentureBeat: Why did you bring PHP on board in the first place?

Jessup: The thing that we find interesting about AppEngine is less about the specific languages and more about the infrastructure underneath it … the scalability, bursting, edge caching, page speed, and library support.

Our question about the next language to support was, ‘How can we get this power in the hands of as many people as possible?’ With that in mind, it was pretty much unanimous: PHP was No. 1. If you look at market penetration, no matter which numbers you pick, PHP is universally the most popular today for building for the web.

Even in our own user community, the support for PHP was phenomenal. Three thousand developers requested it, and it was the most-requested language in an online petition app that someone built in AppEngine to get PHP. Of course, that online petition was written in Python.

VentureBeat: There’s huge competition in cloud right now, with Microsoft’s Azure, Amazon, and others. With PHP in App Engine and some recent price decreases, it seems like Google’s starting to get serious about competing in the cloud market. 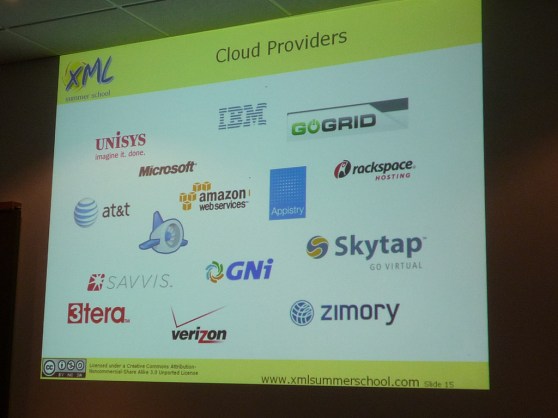 It’s something we’ve realized for a while — we have this huge investment in infrastructure, very unique, with very interesting services like BigTable and MapReduce, and it makes a lot of sense for us to start making this stuff accessible. The market is getting to a point where the tooling we’ve built is useful for big data and other applications.

The time is right.

VentureBeat: I recently chatted with Andi Gutmans, one of the fathers of PHP and CEO of Zend, about PHP in App Engine. Did you discuss adding PHP with him, or with Zend … maybe even about adding the Zend engine to App Engine?

Jessup: Zend is a great company, and they’ve done some phenomenal work.

We’ve had some had very early discussions with them, and I have no doubt those discussions will continue. We’re both focused on bringing great experiences for PHP developers.

VentureBeat: Matthew Prince, the CEO of Cloudflare — which manages more web traffic than Facebook, Apple, and Amazon combined — recently told me that the most interesting things often start with $9.99 hosting. What about the little guy? Can he run WordPress on App Engine?

Jessup: The model of App Engine has been a platform fundamentally for developers.

There’s an SDK for running it on your desktop, and when it comes to running something like WordPress … we absolutely do run it out of the box. We’re also working on some plugins to extend its capability to run really well on the platform. For example, to support the mail API in App Engine, we’re working on a plugin that will send mail through Google’s infrastructure. Also, when you’re uploading an image for a post, or a video, we’re building a plugin to run it through Google Cloud Storage.

So we’re working on some integrations there that will make it transparent … so it just works.

The reason: We want to be careful and get it right. Inevitably there will be some issues, and we’re making sure that we find the edge cases and fix them quickly. This should be measured in weeks rather than months or years — we want to get as many people on this thing as quickly as we can.

Jessup: The two things you really pay for are instance hours — processing power required — which scales with traffic, and storage costs, for blog posts, media. Pricing for that changes depending on what system you’re using. For example, if you’re using Cloud Data Store, it’s a pay-per-use model where you pay a very small amount for each write operation. 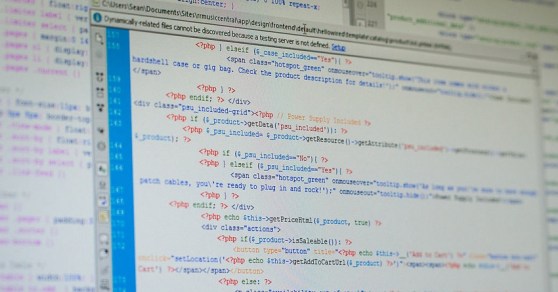 With PHP developers are used to MySQL, and those products require a different storage system — obviously, an SQL database. Google Cloud SQL is MySQL compatible, but the pricing is different. With CloudSQL, it’s a pay-per-increment model: Essentially, you pay for the time you reserve usage of.

VentureBeat: PHP is moving into the enterprise pretty quickly. Talk to me about enterprise interest in App Engine and PHP.

Jessup: It’s amazing and we didn’t anticipate this … it’s amazing how much interest we’ve had from people who might be running a Moodle instance for their companies’ e-learning platform, and similar things.

Above: The Google logo on a tannery factory door.

We’re getting a surprising amount of interest from enterprise — especially enterprise edge departments — who want get an app up quickly. It’s often not supported by IT, and using App Engine means no protracted negotiations.

One edge we have with App Engine over other cloud providers, one of the nice things about AppEngine is that while it’s very powerful, it’s still very simple. For example, when you stand up a similar instance yourself, even if you have an automatic installer, at some point you hit a stage where you hit some low-level details that you need to understand.

But with App Engine … you really don’t have to deal with an operating system — there’s a lot of things that we take care of. That allows people to genuinely not worry about this plumbing.

VentureBeat: Talk to me about update. How many developers have starting building on App Engine in PHP?

It really differentiated the PHP launch from our other runtimes. We’ve see some interest from your from-scratch developers, but a much stronger interest from developer who want to take over an already-running fully-fledged app to AppEngine.

Which is easy, usually.

PHP MyAdmin just works. Wordpress, the basic version, is running out of the box. And Drupal, MediaWiki, PHPbb … a lot of the other key packages just work.