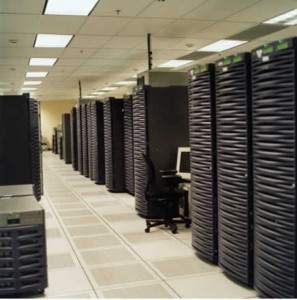 Google takes a lot of heat when one of its applications, especially Gmail, goes down — in fact, last September’s Gmail outage caused some collateral damage, as Twitter struggled under the load of users flooding to the microblogging site to complain.

Justifiably or not, those outages probably make some businesses wary of Google Apps as they wonder whether storing their email, documents, and calendars on Google’s data centers is a little risky. But Senior Product Manager Rajen Sheth just published a blog post laying out the case that Google Apps is actually the best place to store your company’s data.

Now, the basic argument about why it’s safer to store data in Google’s data center rather than on your own machine, is a familiar one. But Sheth’s post highlights a specific feature — the fact that Google performs “synchronous replication” on everything in Apps. In other words, whenever you send an email or change a document, Google writes that information to two different data centers at once. So if there are any data center problems, Google should be able to switch you over to another one with minimum downtime and data loss. Sheth writes:

Some companies have adopted synchronous replication as well, but it is even more expensive than everything else we’ve mentioned. To backup 25GB of data with synchronous replication a business may easily pay from $150 to $500+ in storage and maintenance costs  — and that’s per employee. That doesn’t even include the cost of the applications. The exact price depends on a number of factors such as the number of times the data is replicated and the choice of service provider. At the low end a company might tier the number of times they replicate data, and at the high end they’ll make several copies of the data for everyone. We also replicate all the data multiple times, and the 25GB per employee for Gmail is backed up for free. Plus you get even more disk space for storage-intensive applications like Google Docs, Google Sites and Google Video for business. Other companies may offer cloud computing solutions as well, but don’t assume they backup your data in more than one data center.

Google’s advantage, Sheth says, is the fact that it runs many data centers and has fast connections between them. The goal is that users should never know when a data center is down, because they’ll be switched over seamlessly and instantly. As evidenced by the occasional outages, Google isn’t quite there yet, but Sheth told me, “We’ve made a variety of enhancements in the systems to make them more and more resilient. You can expect that that’s going to be an ongoing thing over time. No system is perfect, but we want to be as close to perfect as we absolutely can be.”

These efforts aren’t a new initiative, and Sheth said they were key to winning over some of Google’s big customers, such as the City of Los Angeles. But smaller companies weren’t necessarily aware of them — hence today’s push to give Google’s reliable side a little more attention.