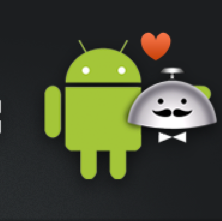 Clever Sense is known for producing the popular recommendation mobile app Alfred, a robotic concierge that acts as a Pandora for real life. Unlike many web apps that rely on data, Alfred learns your tastes by discovering patterns Recently, the company released a new version of the app that adds the ability to perform group recommendations. The app is expected to remain functional and available to users for the time being.

While financial terms of the deal weren’t disclosed, we do know that the Clever Sense team will join Google’s local services division. “Google helps local businesses connect with potential customers, and its worldwide presence can bring the value of Clever Sense to a much larger audience,” said Clever Sense co-founder and CEO Babak Pahlavan on the company’s website.

Prior to the acquisition, Clever Sense raised $1.6 million in angel funding from Bobby Yazdani, of Saba Corporation.