Feedburner is in the closing stages of being acquired by Google for around $100 million, according to Techcrunch.

Rumors about such a deal emerged a few days ago. The deal is all cash and mostly upfront, according to the report, although the founders will be locked in for a couple of years.

As mentioned earlier, the Chicago-based company which launched just four years ago, raised a disciplined $10 million in capital and so a payoff like this is a solid one. For so long, it has been out front serving blogs and sites like VentureBeat with advertising in RSS feeds. It also offers other tools for RSS feeds, for example, subscriber count, feed management and audience attention (all anonymous, of course; no data on individuals is supplied). These other features are imperfect and sometimes extremely frustrating to figure out. However, Feedburner deserves credit for going down this path first. Few others have followed.

This gives Google one more ingredient to offer sites like ours a soup-to-nuts advertising package. While we don’t have a relationship with Google yet, we might be forced into one. However, since these relationships are made by Google irrespective of editorial coverage, there’s no reason to be concerned about editorial bias creeping into VentureBeat. If that were ever to change, and the chances of that happening are remote, we’d obviously decline the relationship with Google and move on (Pheedo offers a competing advertising service, for example). For now, we’ll be as aggressive as ever in our coverage of the good and bad about Google.

Feedburner is being circumspect. While we have a relationship with Feedburner (they manage our feeds), they have refused to respond to requests for comment about this. 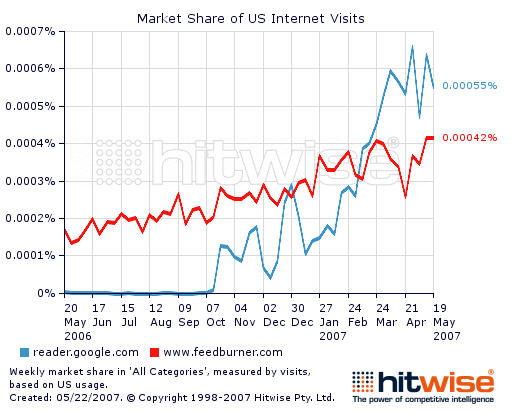