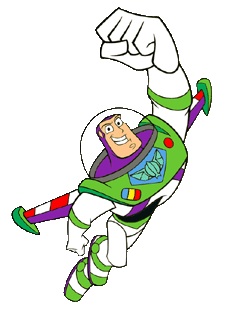 With Google Buzz, Google has launched yet another product to compete in the social networking arena. It’s just one week new, and already Buzz has a significant user base and poses a viable threat to several existing players.

Google, like Microsoft, keeps trying. In the social networking space, it has made several attempts to become more relevant: Orkut, though fairly popular in Brazil and India, never really took off in the US and became more irrelevant with rise of Facebook. Even it’s OpenSocial initiative (which aimed at making social networking more open by allowing various networks to collaborate by using OpenSocial platform) and Friend Connect (the ability to log into websites without creating a new user login) didn’t help much.

How is Google Buzz tackling the problem differently? What does it mean for other players including Facebook, Twitter — and even location based services such as Foursquare and Loopt? Will it succeed where Google’s other initiatives did not? These are the questions I’ll attempt to answer.

Network effects. OpenSocial allowed developers to write applications for several social networks at once. For example an OpenSocial application could run on Orkut, hi5, and Friendster. On the other hand an application written for Facebook could only run on Facebook. Facebook, not surprisingly, never joined OpenSocial. This is typical of a leading player in a market, since it has more to lose when joining an open platform.

OpenSocial seemed like a good bet. After all, why would developers not want to write an application that would run on several platforms rather than just one (Facebook)? Network effects are strong in social networks — that is, the value of a social network to a user grows as more users join that network. So if I have more friends on Facebook, I am more likely to join it than I am to join Orkut. OpenSocial, though great for developers on the surface, missed this critical ingredient. It encourages social networks to exist in silos, therefore doesn’t encourage users to switch to another network. Moreover, it ignores the fact that developers are more incentivized to write for a platform where there are more users. So even if Facebook is a closed platform, developers are happy to write for it, since that’s where they get most audience (the same is true for iPhone, by the way). This in turn encourages even more users to join Facebook, because there are more applications available for Facebook than any other social networks.

Google Buzz has found a clever way to avoid the fate of Orkut and OpenSocial: With the Gmail subscriber base of more than 150m, Buzz escaped the problem of having to gather a critical mass. Arguably, many Gmail contacts are not necessarily “friends”, but even if a decent percentage of them are, users are more likely to use Buzz than Orkut. Besides, it’s built right into Gmail, which means you don’t have to log in to a different portal to access the social network.

Time spent. Several people who use Gmail already have a browser tab open with Gmail, so they’re already spending a decent amount of time on Gmail. So they’re to spend time on Buzz as well. In addition, any Buzz updates appear as new messages under the Buzz label right there in your Gmail screen, so they’re tempting to read. This is really a big deal. I’ve already interacted with several of my contacts on Buzz that I’ve never interacted with on Facebook or Twitter even though they’re present on those social networks as well. And it’s simply because I don’t have to login to a new site (such as Google Wave or Orkut).

Threads. Unlike Twitter, which introduced notions of “replies” and “retweets”, Buzz is using an already familiar way of replying. You simply respond to a buzz or an update the way you reply to an email. It then becomes part of a thread of conversation, again a concept that Gmail made popular a few years ago. So, while several people still don’t understand Twitter “replies”, they’ll have no problem understanding how to reply to someone in Google Buzz. This lowers the barrier to adoption for many non-tech-savvy users, who have yet to understand the utility of Twitter.

Bigger portfolio of applications. Google is nowhere close to Facebook when it comes to providing a community of applications for its social network, but it’s far ahead in terms of stand alone web apps that can complement Google Buzz. Google Profiles, for example, provides a public page for a Google Buzz user. So, instead of having to log in to Gmail, you can see updates from a user from his or her Google profile page. Facebook, on the other hand, has been trying, without much success, to make its user updates public without exposing more information. But since, in case of Facebook, user updates are so tightly integrated with the social network, it hasn’t met much success yet.

Picasa, a photo management software, is another app that complements Buzz. Buzz has tapped into it for sharing pictures. Picasa provides much better quality and higher speed than Facebook photos, although it provides limited free storage. That limit is quickly going to increase, as storage becomes more of a commodity and Google pushes Buzz even further.

Google Latitude is another such app. On both the iPhone and recent versions of Android, Google Buzz is already integrated with Latitude, and instantly makes Buzz a competitor to popular location-based social networks. As I discussed in an earlier article, one of the biggest challenges of these networks is their lack of a substantial user base. Google Buzz can circumvent that problem by tapping into its existing user base.

Similarly, there’s no reason Google couldn’t extend the interoperability to Google Calendar and Google Groups as well, for example. In my view, Google’s portfolio of applications and Buzz’s ability to interact with them is the single most powerful weapon Google Buzz has.

Ecosystem. One of the big reasons behind Twitter’s success is the ability for third-party developers to write applications for it. Google Buzz is taking the same approach by launching Buzz API. It’s using several open standards as Atom, MediaRSS, OAuth, to make Buzz more interoperable. You’ll see a bunch of third-party sites and applications that take advantage of this opportunity.

Enterprise. Google Buzz’s ambitions are not limited to social networks and location-based services. It also hopes to take on Microsoft’s Sharepoint by launching Google Buzz for the enterprise. (Keep in mind, this isn’t going to happen anytime soon, just the way Google Docs still have a long way to go before they catch up with Microsoft Office. Moreover, Google will be wise to focus on the end user game before it launches into corporate arena.)

So Buzz has a lot going for it, but there are several reasons why Google Buzz is unlikely to kill Twitter or Facebook.

Limited to Gmail. People will continue to think of Buzz as an email portal rather than a social network one. This puts Buzz in an odd spot. Unlike Facebook and Twitter, Google Buzz is limited to Gmail users. What if I want to use Buzz to interact with non Gmail users? And although Buzz will overcome this limitation with its open API, anyone who doesn’t have a Gmail account wouldn’t be too tempted to use Buzz, thus limiting its addressable user base.

Positioning. It isn’t clear what Google is positioning Buzz as. Is it a social network like Facebook? Is it a microblogging platform like Twitter? In contrast with Buzz, Facebook’s and Twitter’s value propositions are very clear and distinct. Buzz, on the other hand, seems to be a hybrid of the two. The vague positioning can play against it.

Twitter for example, however annoying it may be to some, has vehemently restricted updates to 140 characters. Furthermore, it has strictly been a text platform. This philosophy has kept Twitter simple and helped build a strong ecosystem of apps around Twitter. For example, TwitPic allows users to post pictures on Twitter by posting links to TwitPic. Google Buzz on the other hand has no such limitation, which makes it more heavyweight than Twitter. At the same time, it can be promising to some users who find Facebook cluttered with applications and settings.

Jack of all trades, master of none. Google Buzz wants to be your Facebook, Twitter, Gmail, and Foursquare at the same time! This might sound impressive, but the problem with this approach is that many users prefer best-of-the-breed applications — that is, they typically use an application that is leader in its space. Unseating one player such as Twitter can be easier than trying to unseat five players at once. Twitter’s devoted following is unlikely to switch to a yet untested and a vaguely positioned platform. Similarly, people who are fans of Foursquare are unlikely to find the same kind for fun with Google Buzz for mobile.

However, users who have yet to experience Twitter or Foursquare, are more likely to use Buzz simply because it’s part of Gmail. This is a huge advantage for Buzz. Moreover, Buzz can succeed exactly because it is not Twitter or Facebook: It is yet another category of social media platform that will become as important as some of the most heavily used platforms today.

User interface. Google’s products are known for their simple but not so sexy interface. This plays out well for some people, but not so well for those who prefer more user friendly and visually pleasing apps. Facebook, despite its problems, is pleasing to look at, and serves as central destination for my social networking applications and updates.

Privacy. There is a lot of chatter about Buzz’s confusing privacy policies. Google has taken quick notice of this, as it should. In my view, the privacy issues are temporary, and as long as Google listens to users and takes prompt action to fix it in the next few days and weeks, privacy will turn out to be a minor issue compared to others I’ve discussed (although be sure to check out our earlier story by Subrahmanyam KVJ about how Buzz signals an oncoming era of redefined privacy).

Social gaming and apps. Facebook has created an incredible ecosystem of third-party developers with companies like Zynga raking in 100s of millions of dollars in revenue each year. These players are unlikely to switch their loyalties overnight. This means that many who use Facebook as a destination for its abundance of fun apps, are unlikely to switch to Google Buzz.

Google Buzz is immediately more popular than its earlier attempts. Its active user base is increasing by the hour. I have no doubt it will go far beyond Orkut and pose a credible threat to Facebook, Twitter, Foursquare, and others. However, it’s also unlikely to usurp any of these players overnight, and will more likely coexist for a long time. This might not be good news for social media marketers and bloggers who already have a bunch of tools (Twitter, Facebook, Digg, StumbleUpon) to learn, but it’s good news for the industry because it will open up another ecosystem of applications.