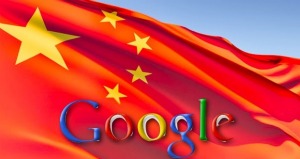 Google today officially accused the Chinese government of intentionally messing with its Gmail email, perhaps in an effort to head off any attempts by its citizens to ride a recent global wave of dissent and jumpstart their own revolution, the company confirmed today.

“Relating to Google there is no issue on our side. We have checked extensively. This is a government blockage carefully designed to look like the problem is with Gmail,” said a Google spokesman in a statement sent to VentureBeat and other media outlets.

As part of the crackdown, Google said that its users in China had seen a marked slowdown in their Gmail service, including problems sending messages, marking messages as unread and accessing all the tools Gmail offers in other countries.

The search engine behemoth also hinted that China’s government had blocked an online tool created by Google to help people find friends and relatives missing after the recent tsunami and earthquake disaster in Japan.

Spokesmen for the Chinese embassies in San Francisco or Washington, D.C., did not return requests for comment.

The fracas is certainly not the first argument between Google and China over Gmail.

Two weeks ago Google blogged about “politically motivated” attacks that authorities had made on specific targets but did not name who or what those targets were:

We’ve noticed some highly targeted and apparently politically motivated attacks against our users. We believe activists may have been a specific target. We’ve also seen attacks against users of another popular social site.

Google may also be particularly sensitive about the issue given the criticism heaped upon it by human rights activists after it was revealed in January 2010 that the company had been allowing Chinese authorities at least some form of censorship by directing users in the country to Google.cn.

But after an outcry from the international community, both on the tech and diplomatic sides, Google changed its access rights so that any user in the country was then redirected to the non-censored Google.com.hk.

That change only came, however, after Google discovered that attacks on human rights activists’ Gmail accounts had originated in China.

How Beijing will respond to this latest round in what appears to be a battle with a lot more fight in it remains to be seen — but you can be sure it won’t be the last time the two butt heads over the issue of free speech and access to information.