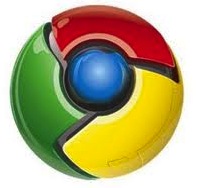 Rising expenses were a big subject during Google’s first quarter earnings call this afternoon — operating expenses appear to be responsible for the search giant falling slightly short of Wall Street estimates today, and analysts had a number of questions about what’s going on.

Google revealed that its operating expenses increased to $2.84 billion compared to $1.84 billion a year ago. It didn’t really break down those costs any further, but Chief Financial Officer Patrick Pichette said some of the increase was fueled by more advertising for Google products, especially its Chrome Web browser.

Pichette also took some time to explain why the company is spending money to promote Chrome, even though it’s not a direct moneymaker. The browser offers two main benefits for Google, he said. First, he repeated Google’s frequent statement that Chrome “is really pushing the Web”, i.e., improving the Web experience and supporting new technologies. Second, he noted that Chrome is optimized for Google products, for example by allowing users to search Google by just typing the term into the Omnibox.

“Everybody that uses Chrome is a guaranteed locked-in user, in terms of having access to Google,” Pichette said.

Chief Business Officer Nikesh Arora also pointed to Chrome’s rapid growth over the past year. The browser currently has 120 million users, he said, and 40 percent of them joined in the last year. Chrome’s user base is growing 30 percent every quarter.

“From all perspectives, the Chrome strategy is working,” Arora said.

More broadly, Pichette said that the increased costs (which include improved compensation for existing Googlers and the hiring of about 2,000 more full-time employees) don’t mean that Google has given up on financial discipline — everyone is still subject to quarterly reviews where they have to justify their costs.

“The discipline of the company has not changed, we’re just really bullish on our prospects,” he said.