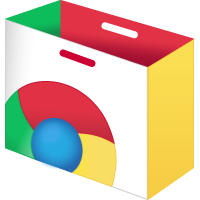 Google has described its Chrome Web store as a way for developers and companies to make money online. Today, at the Google I/O conference in San Francisco, it announced the next step toward that goal with support for in-app payment in the Chrome store’s apps.

The in-app payment function is pretty straightforward — yes, developers can now charge for specific goods and services in their websites — but these kinds of features help the Chrome store live up to its vision and become more than just a collection of bookmarks to websites. In fact, Peter Veterbacka from mobile game developer Rovio took the stage today to announce that the in-app payment functionality has helped his company bring its hit game Angry Birds to the Web for the first time.

Google also touted the fact that it’s only charging a 5-percent transaction fee for those payments. The Googler who made the announcement kept repeating “30 percent” when talking about the fees charged by other stores — he didn’t mention anyone specifically, but it was pretty clearly a veiled reference to Apple’s App Store, especially since this wasn’t the first time at the conference that Google has taken a dig at Apple. (Just to be clear, Apple isn’t alone in charging 30 percent — Facebook also charges that rate for its virtual currency Facebook Credits.)

Google has been trailing Apple when it comes to helping developers make money off of their apps. For example, it took a long time for Google to add in-app payments to the Android Market. So today’s announcement is aimed to turn that around.