MOUNTAIN VIEW, Calif. — Googlers have a lot of meetings with one another, and they’ve run into plenty of problems with audio and video conferencing technology. To solve those problems, the company developed hardware and software for conference rooms that makes sound and video streams crystal clear.

And today, Google starts selling that same equipment to other businesses, in an ongoing effort to sell more technology to businesses than mere advertisements.

Just as the company is looking to make its gear more present in people’s personal lives — remember the Nest acquisition? — now it’s looking to challenge the expensive video conferencing hardware market with low prices and a pleasant user experience.

Each Chromebox for meetings set contains a remote featuring a keyboard, a high-definition camera, a device with a microphone and speaker, and the box itself. The kit costs $999 each and $250 in management and support fees per year. The systems are available in the U.S. immediately, and Google will start selling the boxes in other countries later this year.

The new Chromebox for meetings runs an Intel i7 chip, which Google vice president of product management Caesar Sengupta claims can handle as many as 15 high-definition audio and video streams. The box can hook up to the Internet through Wi-Fi or an Ethernet cable. 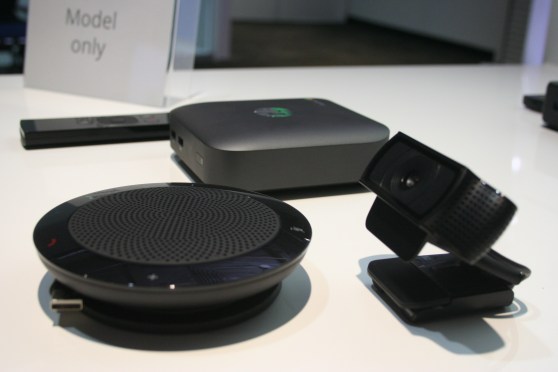 Above: HP’s version of the Chromebox for meetings, including a remote control, a speaker, a camera, and the box itself.

The system projects images onscreen alongside a meeting schedule. It tells people know when a meeting is getting close to its ending time, so meetings can end gracefully. 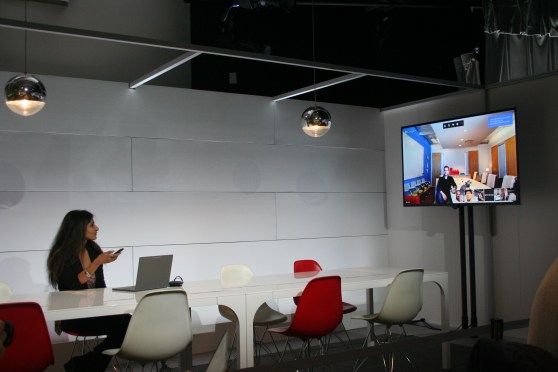 Above: A Googler demonstrates a videoconference with Chromebox for meetings in action.

Google is working with Asus, Dell, and Hewlett-Packard to manufacture the systems. And Google wants the new conferencing systems to interoperate with others that businesses use, so it’s partnering with UberConference and Vidyo as well.

Businesses can buy them through IT seller CDW, and companies interested in reselling the systems can work with Synnex. 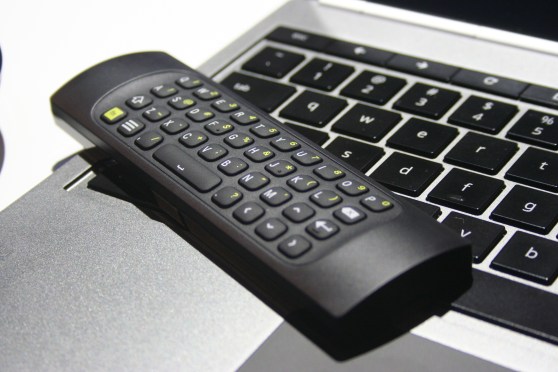 Above: The remote for the Chromebox for meetings. One side has a keyboard. The other has buttons to control the box.

At least for now, Google doesn’t record the streams in its vast cloud. But the company will be adding features to the system. Analytics for IT departments could one area of more product development, Sengupta said.

Sengupta wouldn’t talk about revenue projections for the new product. But this is no skunkworks initiative.

“We wouldn’t be doing this if it wasn’t compelling enough and interesting enough proposition for us,” he said.

“I’m excited to see Google jumping into this emerging low-cost video endpoint segment,” he said in a canned statement Google provided to the press. “From what I could tell it looks easy to use, which is great. Chromebox, Vidyo H20, and the g.co/present tool help fill in some important gaps in the Google Apps for business real-time collaboration story.”

The question is whether many businesses will come around to seeing Google not only as an increasingly viable web-based software maker but also as a solid hardware provider beside the likes of Cisco, IBM, and other staid vendors.