Google has teamed up with Mesosphere, a startup with software for deploying applications on any and all available computing infrastructure, to set up that software on Google’s cloud by clicking just a few buttons.

The companies are also working to integrate an open-source program Google recently whipped up, Kubernetes, with Mesosphere’s software, with an eye toward helping developers run applications at scale easily and efficiently, especially in the form of trendy Docker containers that package up application code.

At the same time, increased efficiency in the public cloud could mean lowering the bills. And businesspeople at companies paying for cloud infrastructure can get behind that.

Of course, good results could also lead to a positive change in Google’s burgeoning public-cloud business. Google is slowly building up mind share in the cloud infrastructure market and becoming a worthy competitor to Amazon Web Services.

Google has moved quickly to support Docker containers, many of which can run on a single server. Docker containers — one implementation of a container sitting on top of a Linux operating system — are considered more lightweight than virtual machines and can be a complement or even a substitute to virtual machines in certain cases. Google led the charge in coming out with Kubernetes to manage the deployment of containers. Now it’s aligning with Mesosphere, which has made Docker into a native component of its software for scheduling different applications to run on infrastructure, Florian Leibert, co-founder and chief executive of Mesosphere, told VentureBeat.

“We can now orchestrate Dockers at scale,” Leibert said. “And specifically with Kubernetes, you have sort of that front end for your Docker deployment that you can then scale out with Google or Twitter scale.” 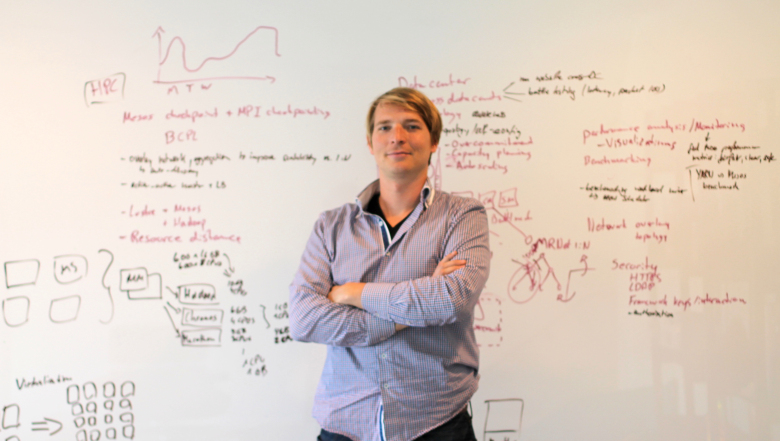 Indeed, Mesosophere was one of a few companies to show its support for Kubernetes, and now the startup’s work with Google is taking even clearer shape. A new website, for instance, showcases Mesosphere’s integration with the Google Cloud Platform.

“Mesosphere makes it possible to develop and deploy applications faster with less friction, operate them at massive scale with lower overhead, and enjoy higher levels of resiliency and resource efficiency with no code changes,” Leibert wrote in a blog post about today’s announcement.

Mesosphere made it possible to run the open-source Apache Mesos software on Amazon’s cloud last year. And the startup announced a $10 million round earlier this year.