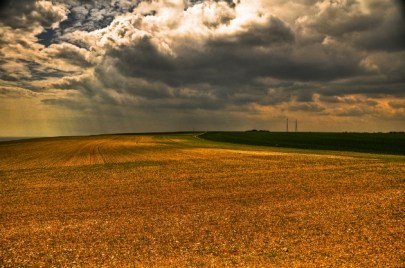 It sounds like the music industry is ready to embrace Google’s long-rumored cloud music service as much as Hollywood jumped on board with Google TV. And yes, that’s sarcasm.

Google is apparently gearing up to launch its cloud music service — which would let users store and stream their music via the web — tomorrow at its I/O developers conference. But it won’t be launching with the support of the music industry, sources in the know tell the Wall Street Journal.

If the launch rumors are true, it means that Google is desperate to head off Apple’s rumored cloud music service, which is expected to debut in the next few months (likely at Apple’s own developers conference next month). And with Amazon’s cloud music launch in March, Google can’t afford to wait much longer.

Like every Google service launch, the sources say that Google will debut the cloud music service in “testing mode” (so expect a big “beta” stamp on the service’s logo). It will likely be an invitation-only service at first. Users will be able to upload their music to the service, but they won’t be able to download any files. To prevent piracy, Google is limiting users to only streaming music from the service.

Given how much trouble Google has reportedly been having with music label discussions, it makes sense for the company to launch the service in a limited form. Google attempted something similar with the launch of its struggling Google TV, but the music service should have an easier time with users since it doesn’t require additional hardware purchases. All users need to do is throw the music they already own online.

The sources say Google’s music service won’t be tied to any online music store — at least, for now. Last month, we reported on a rumor that Google was in talks with Spotify — the popular Swedish music streaming service that has yet to launch in the US — to help power its music service. But to have any hope of doing that, Spotify needs to settle its own discussions with music labels and finally debut in America.