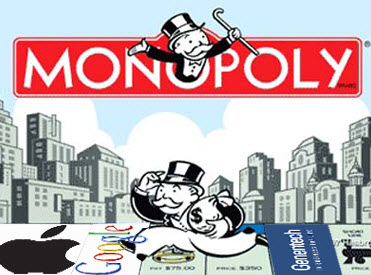 Google said that it is being investigated by the Department of Justice and has set aside $500 million from its first quarter income for a potential settlement of the case.

The probe is looking at alleged monopolistic practices in Google’s advertising program. The information was disclosed in a regulatory filing with the Securities and Exchange Commission. Few details were disclosed about the investigation.

“In May 2011, in connection with a potential resolution of an investigation by the United States Department of Justice into the use of Google advertising by certain advertisers, we accrued $500 million for the three month period ended March 31, 2011,” Google said in the regulatory filing. “Although we cannot predict the ultimate outcome of this matter, we believe it will not have a material adverse effect on our business, consolidated financial position, results of operations, or cash flows.”

The net effect of the charge against earnings is that Google changed its net income to $1.8 billion, down from $2.3 billion, for its first quarter. It isn’t clear what the Justice Department is probing, but the amount of money is pretty big. Google said it cannot predict the results of the investigation, so it seems like the set-aside is based on an estimate of a potential settlement.

In 2008, Google walked away from a search deal with Yahoo after the Justice Department said it was prepared to challenge it.