Google has been working with a number of art and cultural institutions over the past few years to help digitize offline exhibits and bring them to the online masses.

The Google Cultural Institute has helped document the history of cinema, world wonders, the fall of the Iron Curtain, and more.

Now, however, Google has revealed that it’s opening up the Google Cultural Institute as a platform for museums and galleries to build their own mobile apps.

As you’d perhaps expect, the platform caters to Android only, and it leans heavily on Google’s technology, such as YouTube and Street View. It’s designed for those without the technical nous (or finances) to create their own apps from scratch.

During the pilot phase, Google has been working with 11 institutions in four countries (France, Italy, Netherlands, and Nigeria), including the Musée des arts et métiers in Paris, which you can check out now. 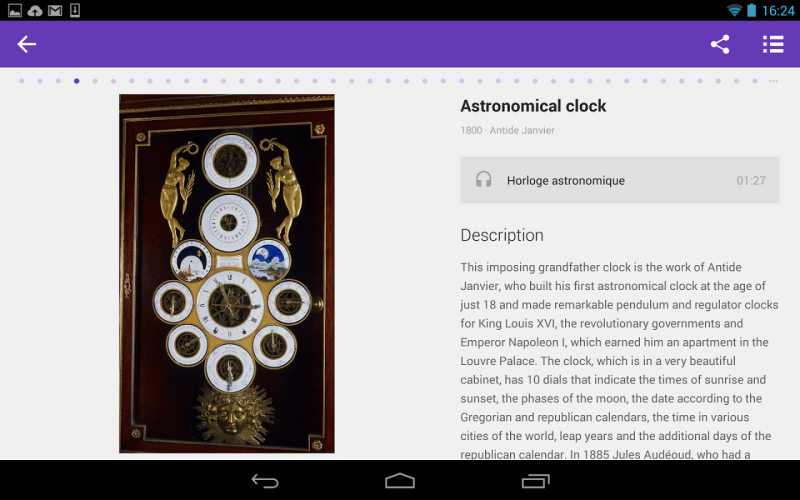 This is actually an extension of Google Open Gallery that launched exactly a year ago today, letting any cultural institution create their own Web-based exhibitions. Now, they can do so in native mobile apps too.

It’s not an open free-for-all, though — interested parties must apply here to be considered for access to the platform.