Google today updated its Google Drive app for Windows and OS X with a new bandwidth-limiting feature and a menu that gives you more control over your files. This is a gradual rollout that should be complete “over the next several days” – you can grab the new version by heading to google.com/drive/download and selecting “Mac and PC” from the dropdown menu.

First and foremost, you can now choose to limit how much bandwidth Google Drive consumes in the Advanced section of the Preferences menu. This is useful if you need to stream a heavy media file or download a large file as soon as possible, and you don’t want the Drive app hogging your upload and download pipes. 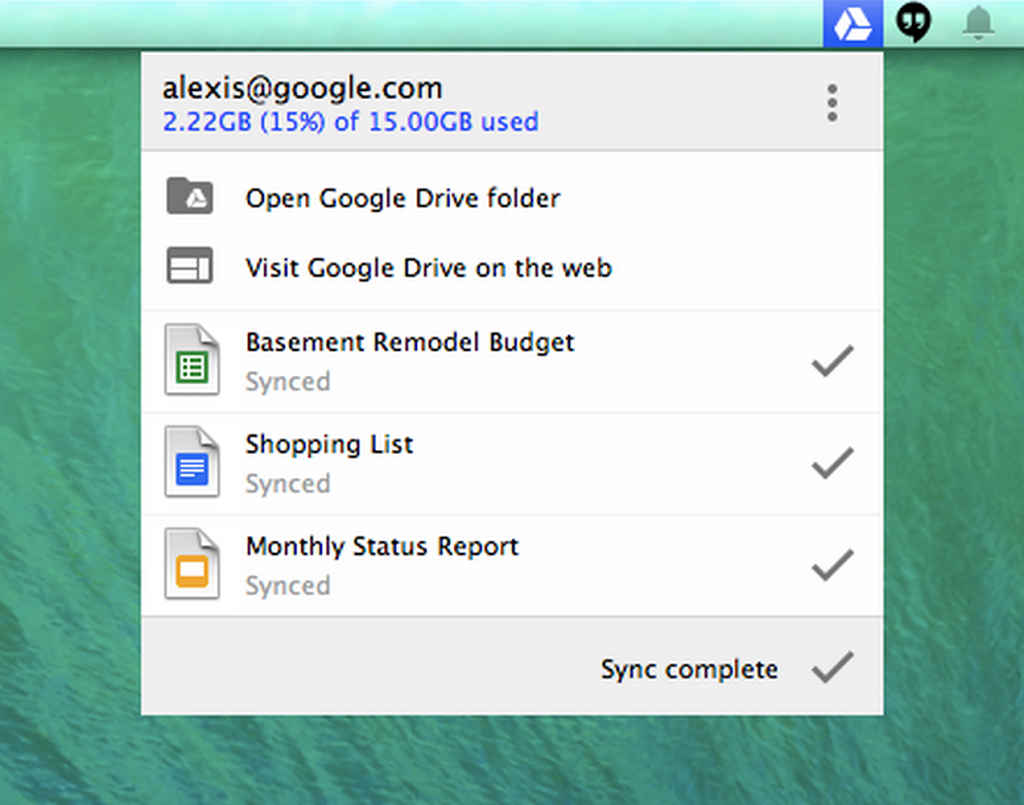 Next, there’s the new menu, which you can see above. It shows the upload status of files as they sync and allows you to open recently synced items without having to first open the whole Google Drive app.

Furthermore, when you hover over a recently synced file, you’ll see an icon that lets you share it right from the menu. This should save you a few clicks if you often share recently synced documents and pictures.

The PC and Mac clients arrived when Google Drive first launched in April 2012. Sharing features were added in May 2013, but there haven’t been many major updates aside from that.

Google has been pushing its Google Drive mobile apps much more over the past few years, though the company has also been experimenting with the desktop. In November, for example, the company released a Chrome extension for opening files directly in the right desktop app.

Like Microsoft and Dropbox, Google is fighting the cloud storage war by trying to both tie its service closer to its other products, as well as offer unique features not found elsewhere. A clear winner, however, won’t be crowned anytime soon.