Once you’re done making changes, you can then save them back to Google Drive right from the Office apps. The pitch is simple: “With Google Drive, you can keep all your important files in one place, then open them with your choice of apps and devices,” Darrell Kuhn, technical program manager of the Google Drive plugin wrote today. The company hopes the plugin will be useful when sharing files with teams or for accessing your files across devices on Windows computers. 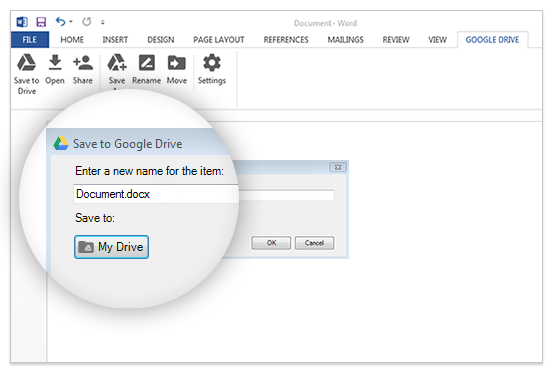 Google says this is part of Google Drive’s “open approach” and points to a feature that arrived in November: a Chrome extension for opening Google Drive files in the right desktop app. Yet that required using Google’s browser and the Google Drive app for Windows, in addition to Microsoft Office. This plugin simply requires Office for Windows.

Box and Dropbox have taken similar approaches to Microsoft’s stranglehold on the workplace. Box lets you create and edit Office Online files, while Dropbox has brought collaboration features right into Microsoft Office for Windows and Mac. 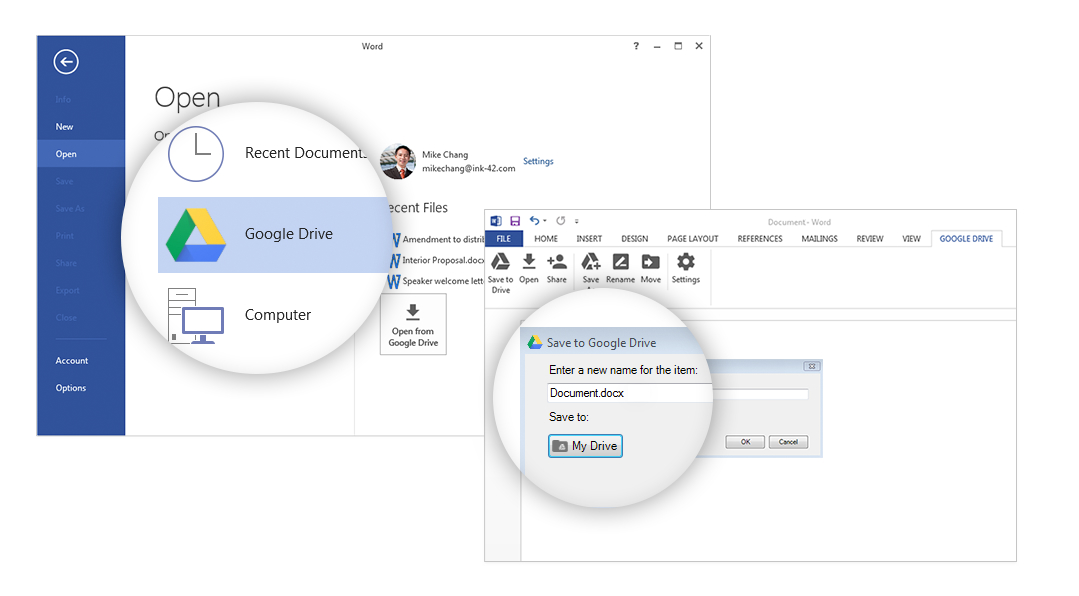 But this is Google we’re talking about. The company that launches product after product to disrupt Microsoft.

In the productivity space, though, Google is all but admitting defeat. “With this plugin, you can use the apps you’re already comfortable with, while benefitting from the security and convenience of Google Drive,” Kuhn said.

The wording is very careful. Google is not saying Microsoft Office is more powerful or more popular. It’s just another option.

If that’s the case, Google still wants to win them over to Google Drive. Who knows, maybe from there they’ll be more likely to use Google Docs.