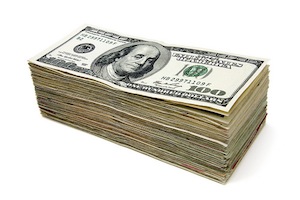 Google is still making virtually all of its money from advertising, but those ads are paying off quite well. In its just-released third-quarter earnings report, the company beat analysts’ expectations, thanks mainly to a 22 percent increase in advertising revenue.

The company’s total revenue rose 23 percent compared to the same period in 2009, for a total of $7.29 billion (before deducting traffic acquisition costs). Of that, 67 percent came from ads on Google websites, and another 30 percent came from Google’s ad network (leaving only 3 percent for non-advertising revenue). Paid clicks on Google’s ads increased 16 percent from last year, while the cost-per-click paid on those ads increased 3 percent.

Google said its full-time workforce increased to 23,331, up from 21,805 full-time employees at the end of June.