Google is introducing a neat new feature to Google Earth, one that lets users measure exact distances between two or more points.

It’s worth noting here that the classic version of Google Earth on the desktop app had this feature too, though it was a little hidden. And since the Google Earth relaunch in April last year, the company hadn’t pulled all the features into the new web-based incarnation which is now Google’s main area of focus for Earth.

In the new Google Earth web app, which is available on Chrome only, you’ll see an easy-to-access measure tool down the left-hand side. 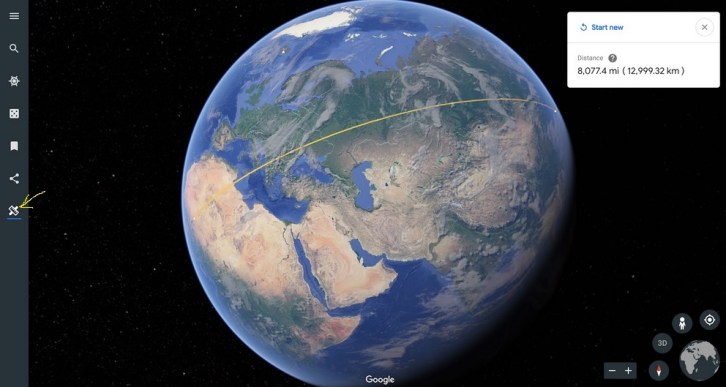 Above: Google Earth: A new ‘measure tool’ option is available

The “measure tool” is arriving in Google Earth on Chrome from today, followed by Android later this week and iOS at an as-yet-unannounced future date. In a nutshell, it lets you measure the distance between point A and B, or the area or perimeter between multiple points. 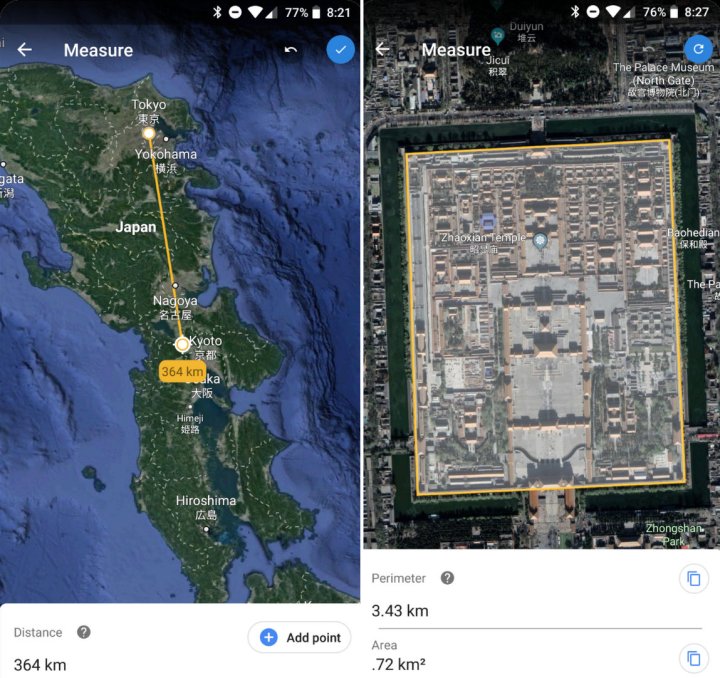 Above: Google Earth [Android]: How far?

While this is a potentially useful feature for anyone looking to figure out the size of a park near a house they’re considering buying, for example, teachers could also challenge students to use it to determine which state or desert is biggest out of a multiple-choice selection.