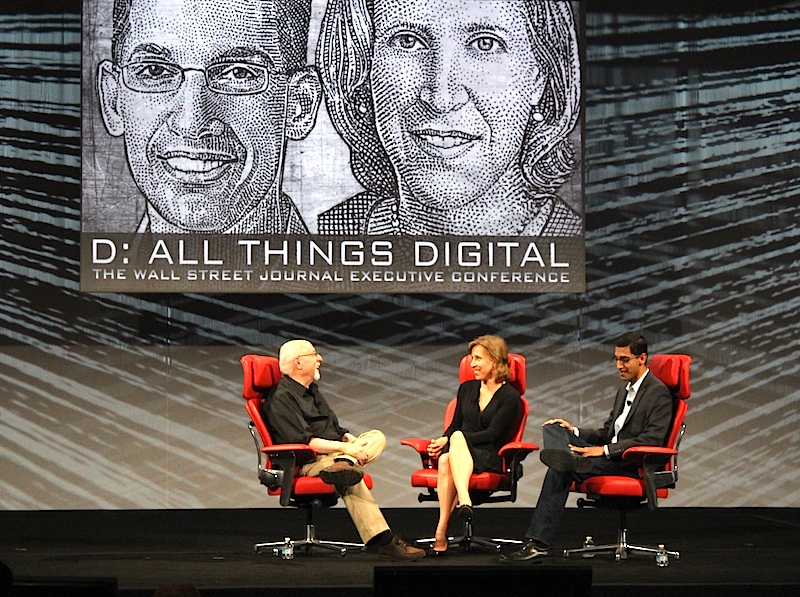 According to Google, it’s doing everything it can to combat content piracy, and Hollywood needs to step up and help.

In response to Hollywood agent Ari Emanuel’s claim that Google is failing to police content theft, Susan Wojcicki, a senior vice president of advertising for Google, had a simple response:

“I think he was misinformed.”

In fact, Google has invested $30 million and 50,000 engineering hours into developing a system called ContentID, Wojcicki said, and the company has no desire to profit from piracy. The way ContentID works is that content owners upload clips of music or video that they own, and can give Google instructions for how to respond when it encounters this content: Either keep it up (on YouTube) and monetize it by selling ads against it, or take it down.

“Users are editing. They’re choosing which clips they like and then uploading them,” Wojcicki said. “And many companies are choosing to monetize that.”

Wojcicki spoke onstage today at the All Things Digital conference in Rancho Palos Verdes, Calif. taking the stage along with Sundar Pichai, a senior vice president for Chrome and apps at Google.

Wojcicki added that Google responds quickly to DMCA requests, pulling down more than 1 million pieces of content per month from YouTube.

With more than 800 million monthly users, YouTube gets a hour of video uploaded every second — so there’s a lot of content to scan.

But Wojcicki disagreed: From her point of view, the real problem is deciding who owns what copyright. For instance, a single video clip might be copyrighted by a television network, but include a theme song with a separate copyright. Clearing all those rights is not a technical problem, it’s a business problem.

“Clearing all those rights is difficult… So for us to know what to do with that content, at the end of the day we need to hear from the content owners. There’s no formula. There’s no algorithm.”

In other words: The ball is in your court, Emanuel.