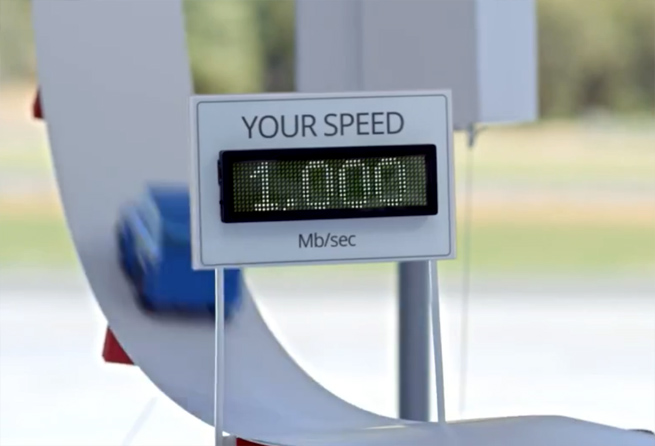 The search and advertising giant originally announced back in March 2011 that Kansas City, Kan. would be the first community to get 1 Gbps Google Fiber, but Kansas City, Mo. was added to the roster just a few months later. The Kansas City metro area now finally knows how Google will add the service to the city and how much it will cost: $70 per month.

“Google Fiber is 100 times faster than today’s average broadband,” Milo Medin, VP for Google Access, wrote in a blog post “No more buffering. No more loading. No more waiting. Gigabit speeds will get rid of these pesky, archaic problems and open up new opportunities for the web. Imagine: instantaneous sharing; truly global education; medical appointments with 3D imaging; even new industries that we haven’t even dreamed of, powered by a gig.”

The service is not available just yet, but Google will begin rolling it out this year to neighborhoods that show interest. Google wants KC residents to pre-register on Google’s Fiber site, and they can do so by Sept. 9. Once that day hits, Google will build out fiber in the neighborhoods with the most pre-registrations.

Kansas City will not be the first city with 1 Gbps broadband service — that honor goes to Chattanooga, Tenn. However, Chattanooga’s service costs $350 a month, while Google’s is $70 per month. Other providers looking at these kinds of speeds include California’s Sonic.net and startup Gigabit Squared.

While these kinds of speeds aren’t available in most cities, the next-best thing might be the recently launched 300 Mbps service from Verizon. A similar 300 Mbps Internet service is supposedly also on the way from Comcast.

And here’s a video explaining how to get it: