Google CEO Sundar Pichai has fired an employee who wrote an internal memo that criticized the company’s diversity policies and went viral. This means Google will now be at the center of a debate about both diversity and freedom of expression.

James Damore, the Google engineer who wrote the memo, confirmed to the press that he was fired. He said the reason given was that he had perpetuated gender stereotypes. Google’s PR people declined to comment to VentureBeat and pointed instead to a memo Pichai wrote in response to the diversity memo. In his own memo, Pichai said that portions of the original memo “violate our code of conduct and cross the line by advancing harmful gender stereotypes in our workplace.”

Damore’s 10-page memo went viral within the company, where it had both critics and defenders. It appeared amid a long list of sexual harassment and diversity issues in the larger tech and gaming industries and shortly after Danielle Brown, former chief of staff for Intel CEO Brian Krzanich, became vice president of diversity at Google. It also comes after VentureBeat published 60 tips on diversity in the workplace and a manifesto on diversity that was endorsed by more than 100 people in the tech and games industries.

Apparently, Damore had a few more tips to offer. Pichai noted that Damore’s memo made some good points. The memo accused Google of silencing conservative political opinions in the diversity report, though that wasn’t necessarily controversial. 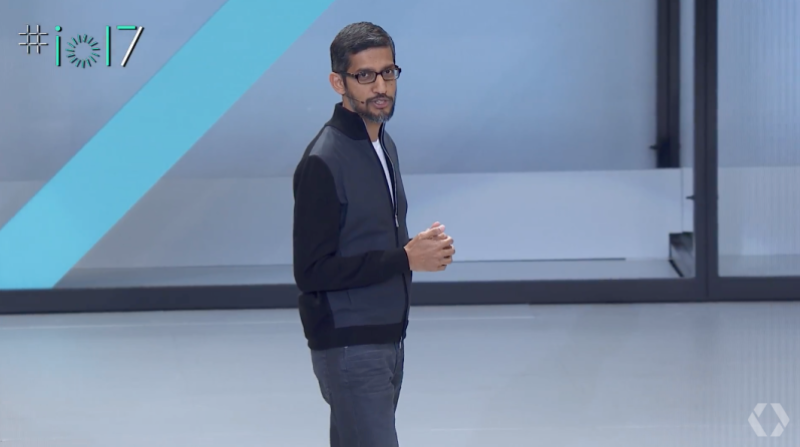 What really cost Damore his job, apparently, was that he argued that biological differences play a role in the shortage of women in tech and leadership positions.

After the controversy arose, Brown sent a statement to staff condemning Damore’s views and affirming the company’s stance on diversity. (Currently, 69 percent of Google’s staff is male.)

“We are unequivocal in our belief that diversity and inclusion are critical to our success as a company,” Brown said in the statement. “We’ll continue to stand for that and be committed to it for the long haul.”

Google is facing a lawsuit from the U.S. Department of Labor that alleges the company discriminates against women. The company has denied those charges.

Damore’s memo was called “Google’s Ideological Echo Chamber.” At the start, he said, “I value diversity and inclusion, am not denying that sexism exists, and don’t endorse using stereotypes. When addressing the gap in representation in the population, we need to look at population level differences in distributions. If we can’t have an honest discussion about this, then we can never truly solve the problem.”

But he also wrote, “I’m simply stating that the distribution of preferences and abilities of men and women differ in part due to biological causes and that these differences may explain why we don’t see equal representation of women in tech and leadership.”

To that, Pichai wrote, “To suggest a group of our colleagues have traits that make them less biologically suited to that work is offensive and not OK.”

Pichai also went on to say “we strongly support the right of Googlers to express themselves.” It looks like part of Damore’s memo is worthy of praise, and part of it is cause for firing. As the title of Pichai’s memo says, “Our words matter.”